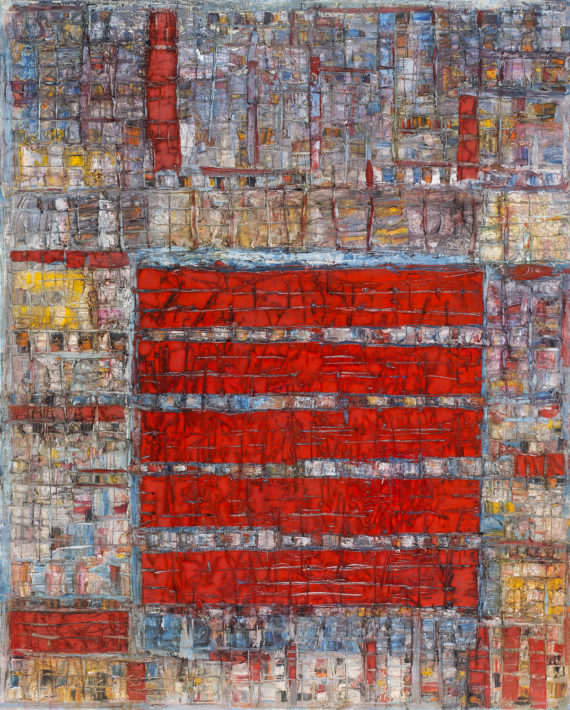 The intricately interwoven elements that make up Levan Lagidze’s canvases are a kind of visual polyphony, a tumbling cascade of incidents that eventually fall obediently into place, to complete an opus. Sometimes the imagination makes them into patchwork quilts, sometimes crowded townscapes, sometimes a Joseph Gandy-type imaginary classical townscape with a different life in each doorway, and in the unabashed and meticulous detail there is a feel of traditional Russian iconography.

And polyphony is a good word, because the music of the great polyphonist, Bach, is what Lagidze listens to while he is painting.  “Each measure, rhythm, accent and pause is so precise that his music is always new and unexpected,” he says. “This is the magic of universal composition. The music you can see or the painting you can listen to…”

And there it is, in oil, on canvas, giving him the title for his London show curated by Katrine Levin of Katrine Levin Galleries, Bach Exercises.

But his work is not so obviously confined to a formula: it ranges, sometimes inspired by an image – a city view, a hotel, a spring scene, even a horizon with all its promise and past – sometimes quite abstract in a post-modern way, and there are complicated arrangements of colour, layered brindle-hued impasto or with great shouts of red through a fierce grill, or sky blue lifting an ordered confusion of lowering shades. They tend to be large and infinite, bright colours craftily lurking among the shadows of darker ones. “They say that painting is the art of showing colour,” he says. “To me, however, it is the art of hiding colour. Colour needs to be hidden to entice the viewer into searching deeper.” 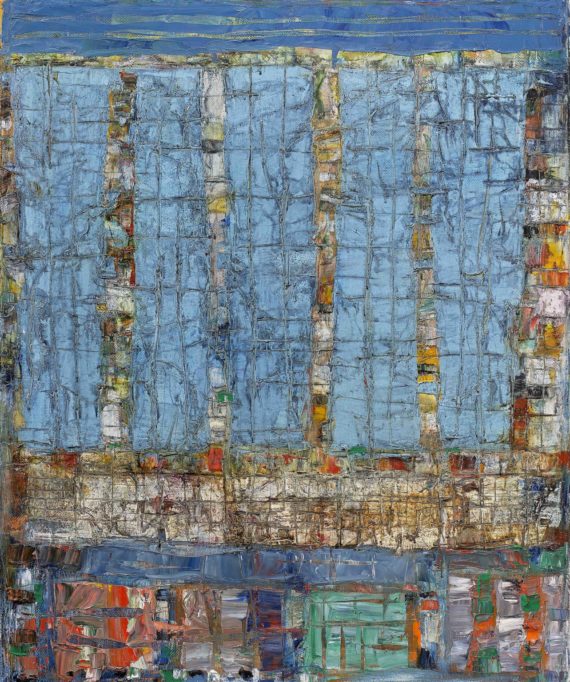 These pictures do not so much entice as demand exploration: each composition is somehow telling a story that remains untold, a secret that calls for the viewer’s emotional collusion rather than wasting time on cold interpretation.

Lagidze, now 60, is one of Georgia’s best known artists, a teacher and mentor to young Georgian painters and now the owner of a gallery in Tbilisi, his home and Georgia’s capital. This autumn, the national Georgian Museum of Fine Art opened a new building with a hall dedicated to his work. There are sometimes hints and flashes of Klimt in the compositions, a whisper of Chagall in the free wielding of often sombre colours – “I am an inheritor of other painters’ artistic paths,” he says, “and for this journey to continue, that inheritance must be passed on to a future generation.

“Connecting with younger artists fills me with joy because, as I often say, I began as a ‘prominent’ artist, then I became a ‘prospective’ artist and today I am a ‘promising’ artist and it is my desire to maintain this status till the end”. Hokusai, another master who devoted himself to nurturing young painters, believed that to reach his full potential he would have to live past 110, and Lagidze may privately have a similar timescale to reach what he himself would consider complete fulfilment.

As it is, we have a complete oeuvre in his exciting and absorbing abstracts for which there is a burgeoning enthusiasm, and although it is not the first time his work has been seen in the United Kingdom, he will be finding a new audience in London.

However, he is reclusive and rarely shows outside of Georgia, but despite his avoidance of the public eye his work is sought after around the world now, and they are in private collections in a dozen countries from Norway to South Africa to the US to the UK.

He says he has avoided exhibitions of his work for the simple economic reason that he paints for a living, and mounting major exhibitions takes canvases off the market, if only temporarily. So with Katrine Levin Galleries (November 19 to December 8) he is going against his own custom and practice, thanks to the symbiotic approach to him and his work by Katrine Levin herself.

“Our relationship created such an atmosphere of mutual trust that it inspired and motivated me to direct my whole artistic and organisational resources towards making this happen,” he says. He adds that the offer to show in the intercultural atmosphere of London rather than the comparative seclusion of his home was “an opportunity to re-examine the path already travelled… a prerequisite to returning to my studio to dive deep into a new process.” 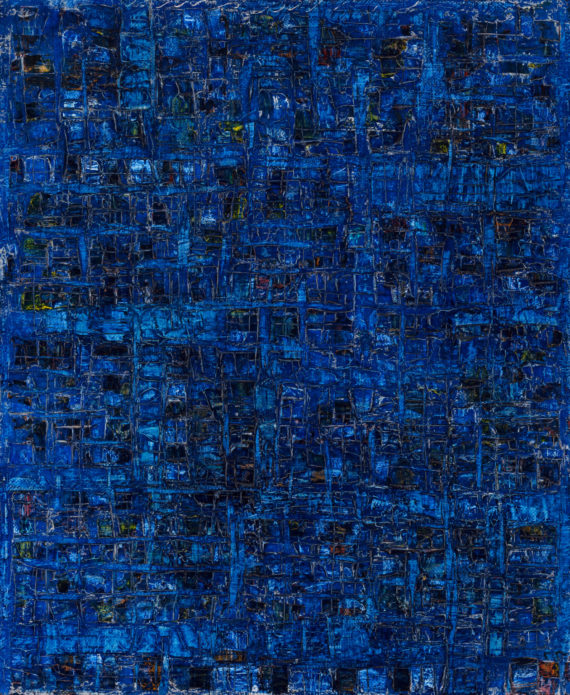 Lagidze hails from and lives in a place that has been riven with internal and external conflict in his own lifetime, but that strife is not present in his nevertheless often ferocious pictures, which have an entirely pacific nature and message. “I don’t believe that in today’s world the function of art is to shock, provoke or surprise its viewers,” he says. “Rather, it carries a mission for harmonious existence and happiness. A relationship with painting is a participation in this infinite happy game.”