The Van Gogh Museum Versus The Anne Frank House: How Do you Curate a Legend? - a-n The Artists Information Company 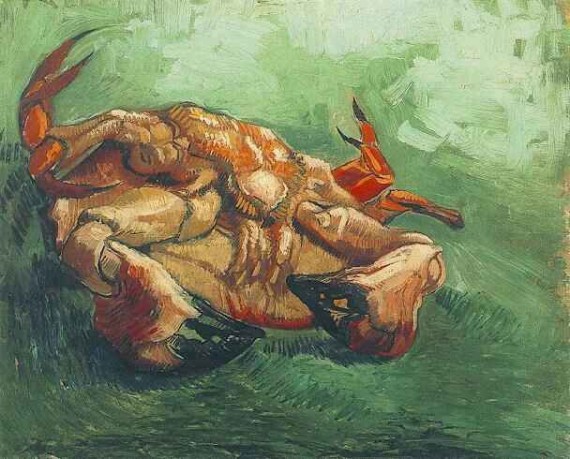 Somewhere in the 1970s, as an adolescent schoolgirl on a trip to the National Gallery, I came into the orbit of one of Van Gogh’s sunflower paintings. In those pre-internet days, I had only ever seen a dodgy, book-sized reproduction, the awfulness of which became apparent, once I saw the original. Crude printing had reduced Van Gogh’s inspired colour-mixing and what I had taken to be an orange background in the reproduction, was actually a luscious, many faceted, creamy peach.

This rare interaction with a live painting, was literally, an illuminating experience, and hinted at things that would take me a lifetime to process. Through this specific work, I could see that each part related to and was in a dialogue with all the other parts, my first encounter with wholeness.

At the same time I developed a new language of sensory perception, which prefigured a thousand other such experiences to come. Just being in the same hallowed space, caused a physical ache in my chest, an overwhelming kind of joy, similar to that felt on hearing a full orchestra for the first time. It was almost too much but I stayed there until it was time to leave.

Many years later, on a recent trip to Amsterdam, I approached The Van Gogh Museum, with great excitement at the thought of seeing so much of Van Gogh’s work in one place. However, the huge, glassy non-space of an entrance hall, filled with every conceivable variation of commercial tat, carefully marketed as design, did not bode well. As I mounted the huge escalator through another intimidating, glass void, I willed myself to see it all as progress.

The first sight at the beginning of the exhibition was a row of glass cases each one contained (immured) one of Van Gogh’s portraits. My heart sank even though I am not averse to glass cases, with their precious, dust-free, museum aesthetic, here, the effect only served to isolate the viewer from the painting and interfere with the full sensory perception of the work as alluded to by Koester.

“Just strolling through the spaces might be enough for a visitor to get a sense of what is going on. I call this ‘inhaling the show’ – perceiving it through the body.” Joachim Koester

Also, I think grouping all the self-portraits together was a mistake, they don’t work in the same way as the sublime group of Rembrandt self-portraits, with their deliciously, subtle and incremental changes. The Van Gogh portraits by contrast, contain great, risky, jarring strides in experimentation and artistic endeavour. These intellectual leaps would be easier to process and when in direct comparison to the landscapes.

For Van Gogh his subjects were a vehicle for experimentation so the showing of landscape and portrait side-by-side, would point-up the quality of his brave mark-making and begin to make sense of how this fractured the surface of the painting.

The exhibition was spread over an unnecessarily vast area and frequently broken up with; irritating text, digital screens with a forensically, scientific approach (you can analyse his paint under a microscope) and obligatory aural input.

All this amounted to information overload, and felt as if the museum was trying to justify the lavish architecture and expense by giving its audience an all-singing all-dancing experience. I expected at any moment to come across a giant revolving hologram of the great man’s ear, complete with a facsimile of the missing piece. I longed for the mental and physical space to commune with the work and be allowed to think my own thoughts.

What made it worse, was having visited The Anne Frank House the day before, a completely different, pared-down experience. They too had made use of technology, standing in the long queue outside, we could see 3D cutaway, computer graphics of the house, but it was kept well away from the actual experience. Inside, the house though empty of furniture, was faithfully kept as it had been, with its dim, shrouded interior.

All extra information was discretely displayed and relevant. In the attic itself, the rooms were also furniture-less, which drew attention to the physical traces of occupation on the walls. Each room had a small photo of how exactly how it looked when furnished. It was all so conducive to imagining how life must have been. The museum, wrapped around the house in starkly modern contrast and contained a carefully, displayed, utterly moving paper-trail, evidence of the processing of the families. There were extraneous threads of extra information, but so sensitively done that it gently expanded knowledge while cleverly contextualising the experience.

I am not against the use of technology and understand the need to appeal to a contemporary audience, but somehow, The Van Gogh Museum, has lost sight of the man himself. And as if to illustrate this, on leaving the exhibition, a large, shiny, red bus went past, with a massive, day-glow, multi-coloured, Van Gogh face, plastered on the side.

“I thought I would be understood without words.” Vincent van Gogh