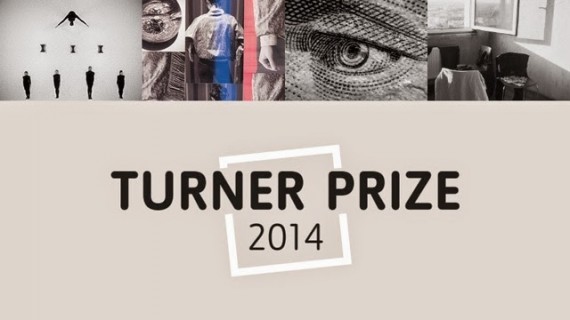 Stop all the clocks, cut off the telephone – it’s time for the Turner Prize and the media’s annual attempt at creating contemporary arts own funeral.

Roll on the cheap Warhol allusions – Ciara Phillips screen-prints are sure to draw out Warholian comparisons. Some critics have blasted this year’s prize for not including traditional painting or even sculpture. Well, printmaking is as traditional as it gets, but PRINT IS NOT DEAD. Albrecht Dürer’s record selling price for a print is £545,895 (possibly the most expensive wood block print in the world) – now there’s an artist you’d never associate with performance art.

Pasted up onto the walls of the gallery watch out for the unavoidable dose of colour, because all will become muted by Tris Vonna-Michell’s free association leap frogging idea after idea in a recording of a live spoken word performance alongside a visual script of slide projections and other ephemera.  Vonna-Michell’s film titled Finding Chopin: Dans L’Essex is inspired by French poet and artist Henri Chopin – perhaps sound will be the successor to the success of film in contemporary art.

Duncan Campbell’s mixture of archive and new material is a nod to experimentation with the documentary form and previous Turner nominees including Luke Fowler (Yes people tend to only remember the winners, see the cohort of 2012 for more on Luke’s work). Whilst James Richard’s films hark back to the Duchampian idea of the found and readymade by using found and original footage in a visual collage exploring the voyeuristic pleasures of looking (bet you didn’t see that coming).

Believe it or not – Ciara Philips is the first print-maker to ever be nominated for the Turner Prize (I think this is progress for the prize) who needs Turner’s oils and stretched canvases perched up by elephant dung when you can have screen-prints pasted in colourful glory. This invites some relief to the semi-darkness of the numerous film works in the exhibition, which appears to sweeping up the Turner with Laure Prouvost (winner in 2013) and Eleanor Price  (winner in 2012) both using film – is film a trend even the Turner cannot tame.

Gone are the Stuckists this year and in their place is a sign which has something of the Holzer about it. Perhaps the printed pamphlets the Stuckists art group were handing out will be framed and numbered and sold on the art market.