What ingredients make for a successful artist? - a-n The Artists Information Company 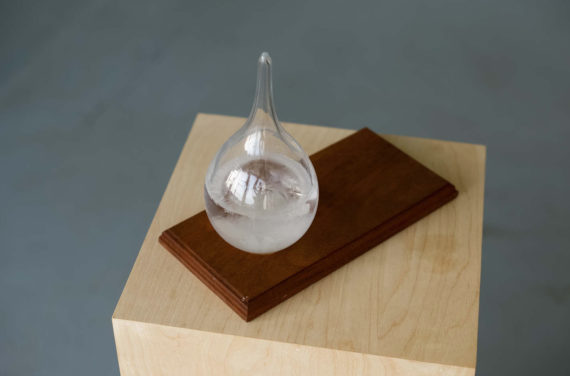 A critical review of SLOW COOKER PT IV – an artist residency programme delivered by Stryx Gallery Birmingham from May 2017 to Jan 2018.

Some fresh tasty vegetables [talent], a dash of hot sauce [ideas], knob of butter [agency], a glug of ageing wine [experience], a crumble of stock [collaboration]? Then there is the cooking…time, space, and don’t get me started on the utensils!

The complexities of such a question, led Stryx, an independent art space in Birmingham to set up their SOUP residency programme back in 2015. “SOUP” representing in simple terms, a mixing of artists in a shared studio space for a length of time.

The SOUP residency, now in its fourth year, has given over 20 artists the chance to work collaboratively in a large multifunctional studio space for a two-month period, framed by three open-studio exhibitions. Giving audiences the chance to see how a group of artists can progress with their work during a residency period.

In 2017, the SOUP residency entered new culinary territories with the launch of SLOW COOKER: SOUP PT IV with the support of Arts Council England and Birmingham City Council. This version of the residency saw the SOUP residency transform and transpose into a two-month paid residency for six artists, which then morphed into a touring exhibition spanning across the West Midlands area. Working in collaboration with Asylum Gallery, Meter Room, Direct Art Action and Artist Workhouse.

As an alumnus of 2016 SOUP PT III, I observed and followed this recent transformation of the SOUP to SLOW COOKER residency, in an attempt to reveal the ups and downs of such an experience and its role in nurturing artistic talent.

I kept a keen eye on and attendance of the SLOW COOKER artistic residency programme, with regular engagements with those involved. I will begin by highlighting some of the radiant outcomes. First and foremost, it has given momentum to six artists to allow themselves the time and space make and show work. The importance of this should never be underestimated. The SOUP residencies, like many before, have given a chance for artists to reconnect, reapply and re-energise their practices. For some, this experience has given them reason to make again, for others it has given them a fresh opportunity to experiment with new ways of working and showing. Including the encouragement to explore ways in which to engage with the public, gained through a number of public exhibitions, engagements and participatory events.

The three open-studio exhibitions that were on at show at Stryx Gallery between May 2017 and July 2017 were, as ever, well curated, considered and received, with the knowledgeable support of the directors of the gallery: Karolina Korupczynska and Anna Katarzyna Domejko; as well as vital input from Roma Piotrowska who delivered four useful curatorial and mentoring workshops for the artists during their residencies. Visit www.stryx.co.uk for more information and images.

These exhibitions consisted of a series of mixed media, process and live works. As a viewer I gained a sensation that all of the works in some way revealed a sense of curiosity about the seemingly bizarre and capitalist world in which we live. From magical displays of faux food, exploration of artworld fame, to repetitive body based performances themed around social trauma, to the mythical origins and futures of our natural oceans. 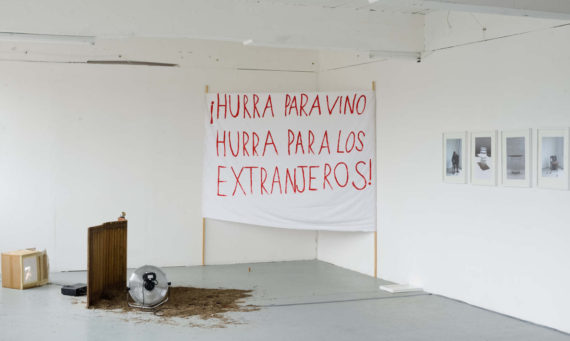 The audience responded well to these shows triggering a host of feedback, conversations and questions. All three of these open-studio events were marketed within with Birmingham’s finest Digbeth First Friday event showcase, which, as expected, added to the exhilaration of the event. As with many exhibitions, artworks themselves only really become works when the audiences see them, but, even more so during a mid residency open-studio event, whereby the artist very often puts their work in front of an audience without knowing how it may be received, a vulnerable and vital step in the development of a piece of work.

The final exhibition was then re-curated, appropriated and toured around the other four venues between July and December 2017. During this period, the shift of focus changed from being foremost about process and testing, to management, outcome and display. The satisfaction and tension between the making and displaying of work became a valuable albeit stressful experience, especially for the artists in the group whom tend to make responsive and live works.

The spaces chosen were located across the West Midlands, and varied in size, ethos, management aims, focus and organisational support. Some set up times being weeks, other being a matter of hours. A realistic experience of what planning exhibitions of work can be like, leaving a legacy of key logistical skills that make up a significant part being a successful contemporary artist.

Another area of enquiry has been engagement and opportunity. As SLOW COOKER became the first paid SOUP residency, this has had a direct and positive impact on the quality, engagement and reach of the residency. Meaning this year, more than ever, the artists seemed to have made more ambitious work with a greater impact and reach.

The mixing of six very different practitioners during the residency allowed for collaboration, support and conversations to emerge, but as ever, due to the precarious life of being an artist, the later touring shows became more challenging as the artists had to begin to develop other financial avenues to support their on going practice beyond these touring works, as explained by a few of the participants. A problem encountered for many artists, indeed creative types, after paid work. Momentum and funding don’t always go hand in hand. The rights of artist workers have and I assume always will be a contested issue for a world that revolves around financial capital and investments. But, having said this, Stryx did an excellent job on ensuring, when possible travel and associated expenses were covered in these later stages to the project.

During and after the residency, all the artists involved seemed to have revived confidences in both their artworks and their audiences. A few have already jumped into future opportunities and collaborations directly or indirectly related to the experience. Frederick Hubble has already secured a solo show titled “FIRN” at Asylum Arts Space in collaboration with a local curator Karina Cabanikova. A perfect example of how this experience is already starting to have impact in terms of collaboration, reach and the development of artistic [and indeed facilitative] practices. 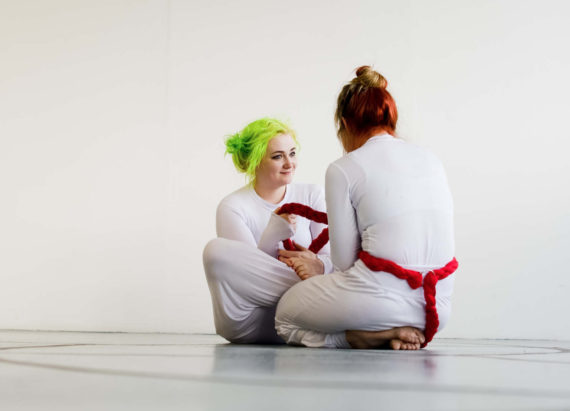 Gavin Rogers is an artist, writer and academic based in the UK. www.gavin-jr.com