Why I'm glad I found my way Home.... - a-n The Artists Information Company 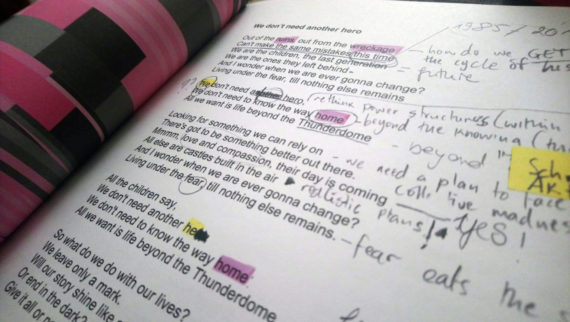 In 2016 I attended a creative clinic led by curator and collaborator Annette Moloney. Within 10 minutes, Moloney was quoting Radiohead, and with good humour:

You do it to yourself, you do… And that’s why it really hurts.

I didn’t know it at the time, but when I wrote my MA thesis only 9 months later I would play that song on repeat. My research focused on visual artists in Northern Ireland, collecting different accounts of the role of the artist within society, and current methods used to advocate at individual, organisation and sector level. Song references, for me, have become a powerful tool to communicate, so when I discovered the Berlin Biennale had coined ‘We don’t need another Hero’ as it’s headline – I was intrigued. I applied for the A-N Bursary to attend.

My application was based on this premise, that attending conferences and seminars had become an integral part of my career make-up, writing and disseminating material for wider use, and adding to the bank of information intended to pull us forward in our own thinking. And it’s fair to say I’ve been somewhat in the passenger seat when it comes to actually making art for the past two years. My initial goal of extending such research on an international scale paled on arrival to the biennale. What I discovered instead was an entirely revived urge to create – a surprising re-enforcement of my own values for the creation of work, from the exquisite use of craft and material, the sheer variety of artistic intent, and the sensitivity of communication involved throughout; the conference speakers, within the publication essays, interview transcripts, and of course, the works themselves. 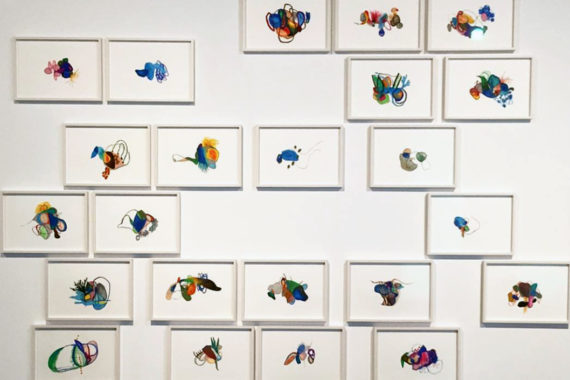 Things I did that nobody noticed (but that changed everything) (2018). Based on her collaborative and meditative drawing practice, Haq developed new works from a private process that map and heal complex internal states and external situations. As a defiant act of resistance, so as not be destroyed by trauma but to release it from the world, Haq’s works transform these experiences into something beautiful. 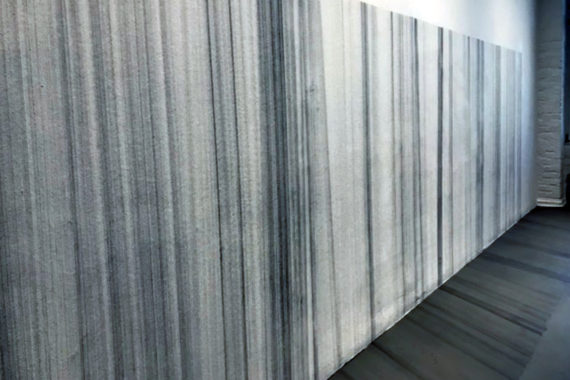 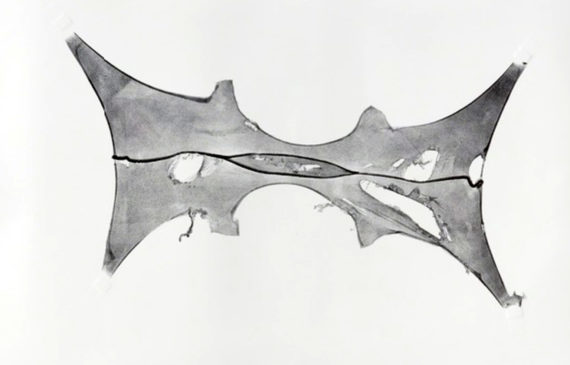 Expanded (2013–16). A series of prints produced with relief ink, reminds us of the protective role of pantyhose as a second skin, and through its rupture, of skin’s vulnerability. The works  disrupt the historical and phenomenological constructs through which the viewers order their physical and unconscious worlds. If you’re interested in these themes, please please go visit the resources section of her website: http://juliaphillips.org/links/  I’ve particularly enjoyed watching Angela Davis’ piece: How does Change Happen, available as a youtube video from her site.

The A-N Bursary has really been invaluable for these reasons and more. It has provided an otherwise impossible opportunity to attend a fantastic arts event, for me the first international biennale I’ve been to. Whilst not fulfilling my own carefully laid plans – I have been pleasantly surprised with the impact the Berlin Biennale has had on me – and I’m continually surprised by the extent this has had on my own practice. Thank you A-N.

Helen graduated with a combined Diploma and BA (hons) in Fine and Applied Art (University of Ulster, 2009), receiving the Dennis Kelly Award for Drawing (ASU), the Belfast Print Workshop Student Award, Graduate selection by the Royal Ulster Academy and The John and Rachel Turner Prize. She was recognised for her printmaking practice with an award from Hamilton Architects (RUA, 2010), and studied classical anatomy through an intensive course in Kensington Palace, awarded by the Prince’s Trust. She has received SIAP funding from the Arts Council of Northern Ireland (2010-16), project support from Belfast City Council and the Lisburn Arts Advisory Committee (2013, 2015), and completed residencies with Digital Arts Studios (2014), the Tyrone Guthrie Centre (2015, 2016), and the BOOM collective in Bangor (2017). She works professionally in arts administration and project management, providing creative design, facilitation and tutoring for various arts organisations, museums and centres, theatres and education institutions. She has continued her academic practice, graduating from both the Arts and Business Manage Frontiers programme (University of Ulster, 2016), and completing a Masters in Cultural Policy and Arts Management (Queens University Belfast, 2016). She maintains an ongoing interest in research practice, serving as a Director on the Board of Trustees for the Belfast Print Workshop, and writing technical pieces for periodicals including ‘Printmaking Today.’ Most recently Helen was the recipient of the a-n professional development bursary, to train on the first ever dedicated coaching accreditation programme for visual artists, hosted by Relational Dynamics 1st in Lancaster (2017).