YOU ARE HERE - a-n The Artists Information Company 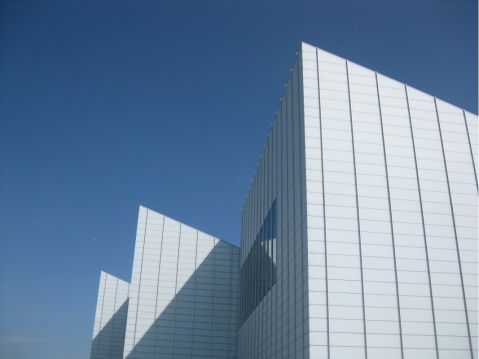 My interest in Margate is two-fold, as a researcher into the impact of art and culture on regeneration; and more personally, having spent many summers there as a teenager with my siblings making candy floss for holidaymakers. The Margate of our youth was already down on its uppers, but the closure of the fun park in 2005 really seemed to signal the end of an era for the seaside town.

The Turner Contemporary project has therefore been one to watch:

Can an art gallery turn around the fortunes of a Town like Margate?

What impact will the Gallery have on visitor numbers to the Town?

What will the people of Margate make of the project?

These are things that will unfold over time, but for the opening weekend of Turner Contemporary I was keen to explore the mood of the Town. I arranged to spend the weekend there with my brother, to experience the ‘YOU ARE HERE’ programme.

A new high speed rail link from London, means you can get to Margate in under an hour and a half. This in itself makes Margate’s prospects look bright.

As I left the station and made my way along the seafront towards the Harbour Arm, I caught my first real glimpse of the gallery. The building looks like a series of cliff faces, which fits well at the edge of the promenade.

Walking along the seafront I was surrounded by a festival atmosphere. I hadn’t seen Margate this busy since the Carnivals we used to go to when I was around five or six. Making my way along to the Harbour Arm I was dazzled by Graham Gussin’s full size film lights. The lights were not directed onto the Gallery, but out illuminating Margate Town, suggesting that it was Margate that was the star of the show, and over the opening weekend of ‘YOU ARE HERE,’ I really felt this sentiment to be true.

The Harbour arm and the entire seafront were thronging with people; music played on every corner. Is this all for Turner Contemporary? I wondered.

On Sunday, my brother Dan and I planned to be in Margate all day. I wanted to go along and see the collaborative piece by artist Zorka Wollny and composer Ania Szwajgier ‘Songs of the Sublime’ which would be closing the gallery’s first weekend.

I was a bit worried about being in Margate all that time; would there be enough to do? I needn’t have worried! The real success of the ‘You Are Here’ programme was in the fact that it was possible to spend an entire weekend in Margate, and have plenty to do.

We wandered around looking at the arts, crafts and food stalls, we stopped for a beer and a bit of Jazz at the end of the Harbour Arm after chatting to the artists in the Kent Cultural Baton, and looking in at the Harbour Arm Gallery.

A major and immediately obvious change on the main shopping streets in Margate is the number of commercial and artist led art galleries that have opened, and the estate agents are now announcing empty properties as suitable for art galleries, studios and showrooms.

A few pop up shops had sprung up for the weekend, and other empty premises had their windows filled with art displays to suggest potential uses. All this made Margate feel less like a broken, forgotten seaside town, and more like a place with a future.

At 4pm we headed to the Old Town.Suddenly a stream of colourfully track suited people came running through. It was ‘Bodies in Urban Spaces’ by Austrian choreographer Willi Dorner.’Quick, lets follow them’ I said to Dan, and we started the pursuit. After a few hundred yards we came across a group of them stacked up, athletically in a doorway. Once the pursuers/audience had caught up, another of the performers would sprint on, showing us where to go next. We came across a series of site-specific interventions which directly responded to the architecture and physical features of the town with the performers bodies squeezing and slotting into nooks and crannies. The experience also acted as an alternative tour around parts of Margate usually unseen, taking in some beautiful hidden treasures.

The reaction of the public; those who happened across the activity accidentally, was amazing. People stopped and stared, looking differently at these familiar streets and buildings, exclaiming ‘What’s all this then?’ and a few shouts along the lines of ‘Bloody Weirdos!’

My brother declared ‘This is my kind of art!’ and I had to agree. This was worth a trip to Margate on its own.

‘Songs of the Sublime’ started promptly back at the gallery at 7.43pm (sunset). As the golden light flooded through Daniel Buren’s site specific window piece, and across Turner’s sea, the sound installation in response to the architecture of the gallery began.

Unseen voices spoke out, shouted and sang; footsteps were heard, and as the sun went down a girl wept on the window sill. The space was entirely filled by the finale; a string of pearls falling onto the freshly polished concrete of the new building.

The thing which I love so much about my favourite art space, the New Art Gallery Walsall, is that it is a people space. Life happens there; teenagers snog in the darkened video rooms, kids hang out on the sofas, old ladies rock up for some cake and art on an afternoon. It is a place for everyone.

‘Songs of the Sublime’ looked to me like a proposal, a projection of the Gallery as a living, working space – and somewhere that will accept and welcome all comers. It was a fantastic end to a beautifully positive opening weekend.

Turner Contemporary: YOU ARE HERE.

Anna Francis is an artist whose practice examines private histories, public space and civic languages; using forms of intervention, drawing, mapping, performance and consultation to investigate the impact that artists can have on their environments. She creates situations for herself, the public and other artists to explore places differently: often experimenting with leading and instruction by creating manuals, instructions, kits or leading guided tours. Anna's work often responds to gaps and glitches in public life, seeing these as opportunities to intervene, suggesting temporary solutions, which can, if others have the will, become permanent. Anna is a Director at AirSpace Gallery, Stoke-on-Trent's contemporary, artist led exhibiting space, where she has particular responsibility for the education and outreach programmes. Anna Francis is course leader on the BA Fine Art course at Staffordshire University. For more information and images of work please go to: http://www.annafrancis.blogspot.com