Initiated as a means to share my process whilst working on a new collection of diagram poems for a POST Artists exhibition at Whitstable in June 2016, this blog continues to grow as a library of diagram poems, including individual works and thematically linked collections.

Another collage using discarded pieces of work, ghost prints and tracings, cut up or torn and re-ordered. The fragments are parts of a disjunctive narrative, brought together in a way that “feels right”.

These three early doodles are the beginning of the Moon series. I’ve always been in awe of the moon, more than the sun, and I feel her power, I have been researching and studing her magnificence since September 2015 and […]

It’s been a while since I wrote my last blog – December and January seemed to pass me by. It got me a thinking about 2015 and what I felt I learnt and achieved in respect to my art practice. […]

For some reason I am using a lot more colour! I am continuing to explore printed mark-making and taking some of those experiments into collage work, bringing together various materials, much of it recuperated from discarded pieces of work, ghost prints and […]

At last the studio is feeling like somewhere that I can work It has taken longer than I expected and it is not yet totally as I want it, it is however much much better and well on the way […]

For the last umpteen months I have been collaging and transferring my photographs onto found materials. I suspect I will continue with this aspect of my work if and when I come across suitable and interesting materials to work upon. […] 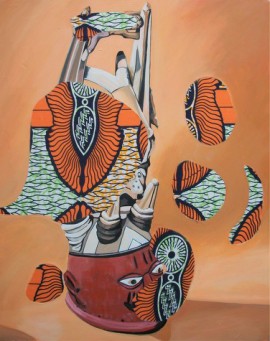 My work is process-based, and often reflects my interest in primordial structures – I am driven when spontaneous actions form, beauty in chaos, order in chaos. The work draws on the tools used for capturing such as the telescope […]

Historical inquiry relies on the archive for its material in order to build narratives and explore connections between events. “The origin of the word ‘archive’… stems from the Greek and Latin words for ‘town hall, ruling office’, which, in turn, […]

Collage isn’t a technique I’ve made much use of in the past, my previous chopping up of found images has always been reductive rather than additive. (removing areas with a sharp scalpel or a digital airbrush) But as a thinking […]

Urban Desires Quite often I work on a number of pieces at the same time. Currently I have a very big painting on the way, but because of various reasons, I can’t currently proceed with it. Normally it’s to do […]