The third component of my skills development project was to talk to someone who could help me move my making processes forwards and help me think through what the direction of this could be. For a number of years I […]

I cannot express the benefits of sharing practice and space with artists whose main discipline is different from my own. Taking myself out of the context of the UK to consolidate my own methodologies was needed to further enhance my […]

While excavating for movement, we cannot underestimate the history that lies inside muscles and bones. The heavy breath drawing down our diaphragm, that constant pressure to assimilate leaving thick February fog shape hopelessness in the gravity of ribs. On a […]

What I’ve grown to love about vogue femme is how it is unashamedly bold, fierce, sensual, unapologetic. It allows me to access my femininity in a way that feels less cumbersome. It’s a femininity for me and not for the […] 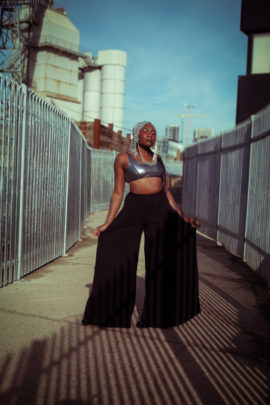 A week-long residency in New York with choreographer Kristopher Pourzal exploring movement, Queerness, resistance & Race as a context to heal through movement. 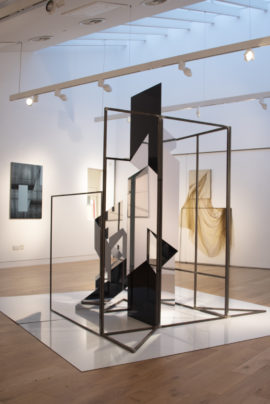 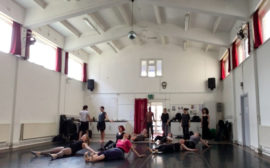 My interdisciplinary practice is broad and spans image making, installation and dance making, so my plan had to be equally diverse involving mentoring with an interdisciplinary artist who is a bit further on; and skills based development in Tanztheatre and […] 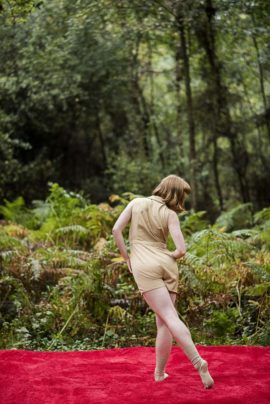 WEEK 5 Recap We began with self-directed warm up and improvisation and a short reflection on the accumulation of skills and ideas over the previous sessions. A brief exercise was introduced, with us in groups of three assuming the roles […]

Joshua Leon If I was to say i knew the outcome of anything in the process i would be wrong. But that is what becomes so meaningful. Uncertainty and the figuring out of uncertainty is explanatory. As each week goes […]

Each week the blog will act as a resource for any notes or references mentioned during the workshop, as well as featuring at least one visual or written response from one or more of the participants.   WEEK 3 Recap […]

Each week the blog will act as a resource for any notes or references mentioned during the workshop, as well as featuring at least one visual or written response from one or more of the participants.   WEEK 2 Recap […]

Each week the blog will act as a resource for any notes or references mentioned during the workshop, as well as featuring at least one visual or written response from one or more of the participants.   WEEK 1 Response […]

We are happy to announce the following people will be participating in the ‘Containers’ choreographic workshop series: Adham Faramawy Adham Faramawy is an artist based in London. His work spans media including moving image, performance for camera, sculptural installation and print, engaging […] 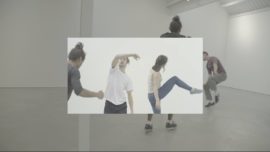 Initiated by visual artist Sam Williams and lead by choreographer Joe Moran, Containers is a series of workshops for artists, writers, curators and researchers with an interest in the choreographic and a desire to incorporate movement and somatics into their […]

I arrived in Ristiina which is very close to the town of Mikkeli in the south-east of Finland on the 12th of August with a loose itinerary for the next 4 weeks. I was going to attend dances at five […]

(Continued) …6 – In October (20th), Dave Beech took time out of his busy schedule to share his expertly honed insights in an intensely thought-provoking talk about ‘Art and Post-Capitalism’ – at Christies Education, no less! Andy Yau of Alt MFA jumped […] 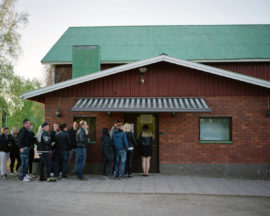 Thanks to an A-N Travel Bursary, foundations were laid for a photographic project exploring Finland’s rich history of couple dancing. The first leg took me around South Savonia in the east of Finland and this blog is a kind of unravelling of the people and places I encountered. 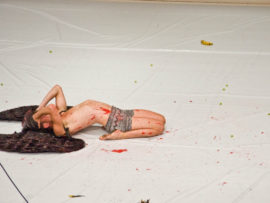 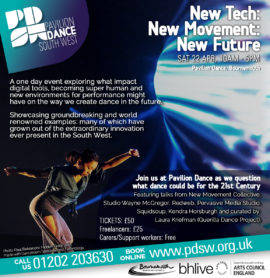 My first idea for one of my animations, was a dance with a shadow or a ghost of the memory of the struggles within myself as a little girl. The idea I had to create this, was to produce the animation image […]