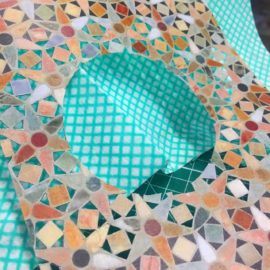 It is becoming clear that April is going to be a rather busy month. It will see me host 3 perfume making workshops, an artist’s talk and, predominantly, my first Perfume as Practice solo show of the year – Perfume […]

I visited Blackhorse Workshop, London, and Edinburgh Sculpture Workshop in December, and earlier this year I also visited the proposed site for Birmingham Production Space to speak to Ruth Claxton. In the end the visits were a bit more scatter gun […]

2017 has seen me conduct no less than 12 perfume making workshops around the UK. And, as the last one of the year concluded on Saturday I thought it an appropriate time to document and appraise what I’ve learnt about […]

In 2015 we heard of a theory surrounding the movement of artists from Manchester city centre to create a place for production in Salford, and to think of the city centre as a place for the presentation or work. Being […]

The end of the year is not only a time for reflection but also for proactivity as I intend to use this period to secure opportunities and exhibitions for 2018 and 2019. I feel more equipped than ever to make […]

Before September this year I didn’t know what my physical limits were when considering my career as an artist. Since the beginning I have adopted a somewhat cavalier ‘I’ll get things done at all costs’ attitude that, by and large, […]

I am still processing all of my olfactory activity from the end September until now. It’s been a period of extreme intensity, which has seen me deliver a residency, a solo show, two group shows and 5 workshops around the UK […]

A 2017 Professional Development Bursary exploring open access production space in relation to my role as co-director to Paradise Works, Salford, and my own creative practice.

On Friday I looked around what could easily be a great studio. The place would suit up to about ten individual artists, or perhaps fewer if I/we can pull off a collaboration with ABF (a well established national adult education […]

October will see me utilise this blog for documenting, describing and assessing my Orchard Square artist’s residency. We’re just over a week in and I feel as though I have began to assert my creative integrity within the space. It has become […]

October will see me utilise this blog for documenting, describing and assessing my Orchard Square artist’s residency. We’re just over a week in and I feel as though I have began to assert my creative integrity within the space. As every day […]

October will see me utilise this blog for documenting, describing and assessing my Orchard Square artist’s residency. The residency affords me one month housed in what is nominally a retail unit in the heart of Sheffield city centre. Positioned in […]

It was a strange working week last week. My main focus was on completing my Grant for the Arts application plus some small applications for match funding. By the end of the week funding fatigue was setting in and I couldn’t […]

I’ve been making these little things. I made some of them years ago, though they weren’t pink then, and they didn’t really seem to be anything and so they got put in a box labelled “CURIOSITIES” along with some latex pods, […]

Being a fine art perfumer, I occupy a somewhat precarious niche. I’m not in a position to claim I am a perfumer as I do not have any direct experience in the profession. Yet through a combination of research, exploration, […]

I am having great fun making maquettes out of flat band cane and have just received a delivery of 3 different sizes to make more with. I am finding drawing/forming with 3d materials involves a balance of decision making and […]

AUDIOBLOG – Please click here A song can elicit a much more immediate emotional response than a piece of visual art. I’ve said before that as an artist performing a live song, that immediate response, even if a polite […] 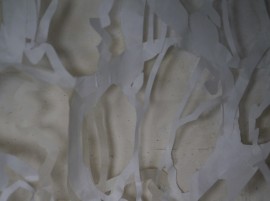 I have been thinking about a couple of people recently; one a friend in London, the other more of a friend of a friend here.  Both these creative people have become very successful in realising their ambitions, and while they […]