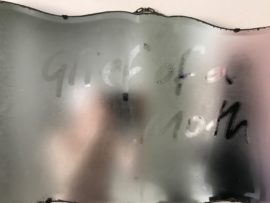 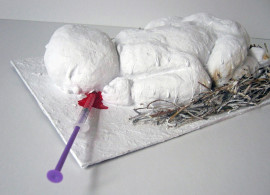 This sculpture was entered into the ‘Poison and Remedy’ Open Exhibition at WTS Gallery in Leicester and won a prize. Title: Saving Grace This piece has a symbolic personal connection to my daughter, as a baby she suffered from Febrile […]