Yesterday was All Saints which is a public holiday here in Sweden. I went to the woodland memorial garden here in Enköping and lit two votive candles, as I have done for the past six years that I have lived […]

It happened. I can’t quite believe it. I remember when I got the news that I had received the a-n bursary. I jumped into the living room where my husband was sat watchign tv and shouted “I got the bursary!”. […]

It’s ready! I have completed my wet plate collodion journey, and am ready to exhibit the works. The 29 ambrotypes of current male residents of Altrincham represent each of the men from Chapel St who failed to return from the […]

It’s been a while since my last blog post. But it’s been a VERY productive while. I’ve learnt loads since then. I can now say that I’m pretty confident at the wet plate collodion process. As well as creating many […]

Earlier this year I went back to Hungary. I haven’t been for many years but every visit I make the pilgrimage to my Grandmothers apartment, the ancestral home as it were.  When I was a child, we’d go visit every […]

In his later years, my father had a woman, Timéa (Timi) who came to help with the cooking and cleaning. After he died and I took on the house I decided that it made sense for her to keep coming. […] 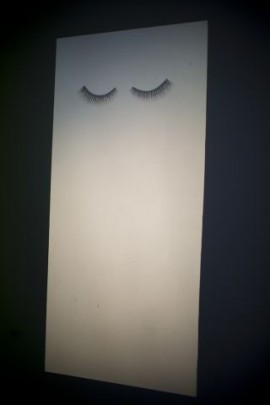 In 2010 I was invited to participate in a small group show with artists Melanie Stidolph (www.melaniestidolph.com) and Richard Paul (www.richardgpaul.co.uk) called Pareidolia. This is a phenomenon that describes the human mind’s tendency to perceive recognizable shapes and images in […]

The week began with an interesting round table discussion about the recent exhibition ‘Milky Way You Will Hear Me Call’ by Emma Bolland, Judit Bodor and Tom Rodgers. As the project is still in its R&D phase, it was interesting […]