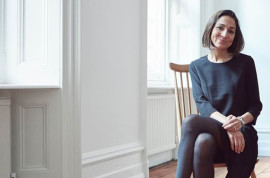 Thanks to this bursary I am having ongoing conversation/feedback with Michael Hampton, author of “Unshelfmarked – Reconceiving the Artist’s Book” and contributor to Art Monthly, Frieze, White Review and Uniformagazine amongst others. As our communication will eventually become a publication […]

So then we had the post mortem and the ‘What next ?’ conversation.  The characterisations are sound and need filling out and heightening by adding another layer of narrative, such as a celebration or a heartbreak.  Then we can go back […] 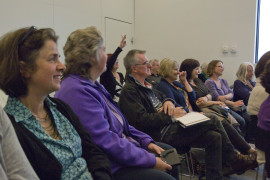 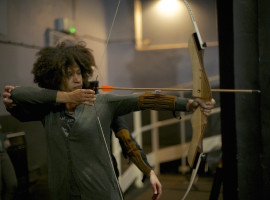 The Live Art Development Agency presents 20 artist-led projects around the UK for DIY 13, a professional development programme for and by artists. Lydia Ashman finds out more.

Now the focus has been on more research, assembling props and refining performance details. Research came from lots of different sources: George Anelay, the Director of Archaeology, Stuart Needham, the Subject Specialist for the period, Kathrin Pieren, Petersfield Museum Curator, […]

You are requested to close the eyes

I have now been on the first of my classes in Cold enamelling  to update my skills in, I travelled up to Glasgow on the Friday ready for the early start on Saturday, there was 8 of us on the […]

On the train t 7.43 AM off to Edinburgh , why cant we have some enamelling tutors in Newcastle ! well I know of one but she is off doing her PHD .  Dorothy Cockerell is a world famous enamelling […]

Having a small break from my brilliantly inspiring curatorial critique sessions that have so far taken me to meet curators in Liverpool at The Bluecoat, Leeds at The Tetley and Manchester at International 3 and Manchester Art Gallery. When I […]

We did some experimental run throughs on site.  We tried performing in parallel, and performing in turn and then pausing whilst the other one does some. The parallel performance works much better, the serial one is a bit pedestrian and […]

So I’ve done more thinking about where work is going and there are two choices: I could make a series as in photography, or settle on one direction to focus on. At the moment, a series seems to be the […]

OCULUS |ˈɒkjʊləs| noun ( pl. oculi |-lʌɪ, -liː| ) Architecture A round or eye-like opening or design, in particular: • a circular window • the central boss of a volute • an opening at the apex of a dome ORIGIN […]

So far I’ve had three curatorial critique sessions in Manchester and Leeds and am preparing for a fourth in Liverpool this week. All the sessions have been fantastic – inspirational and motivating – more details coming soon!

Mr. Andrea Crestadoro, Chief Librarian of Manchester 1864–1879, is credited with being the first person to propose that books could be catalogued by using keywords that did not occur in the title of the book. Crestadoro, librarian, Manchester, credit, first, […] 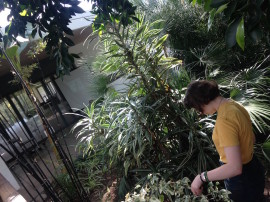 The Office for Art, Design and Technology is a new two-year programme of residencies, events, exhibitions and professional development for new and more established artists with digital practices. Anneka French talks to the artist leading the programme as well as artists and mentors involved in Post-Modern Plant Life 2, the recently completed first stage of the initiative.

Whilst recovering from my hip replacement I have spent the time building a website, considering my practice, talking to my mentor and applying for funding. I have been able to spend time actually reading other people’s blogs, articles and dang […]