Artists in the Field: Ephemeral Landscapes and Experimental Geographies A personal response to the symposium within the context of my own art practice ‘If in doubt return to the field’ was Dr Harriet Hawkins’ opening to the symposium, Artists in […]

Audioblog – Please click here I don’t really like New Year. There’s the regulation jollity thing. Actually I find it depressing. Quite often I just want to be left alone, its passing just another day into night into day. Drunkenness […]

I have gathered plenty of film footage, shot as and when so it spans seasons and weather conditions. I’ve surveyed the entire journey down each side of the train from Marden to London and mapped points of interest to shoot […] 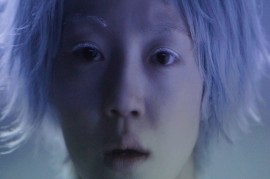 The preview days of the biennale from a personal perspective

AUDIOBLOG – Please click here I don’t usually do this sort of thing, but curiously, that sense of responsibility about the funding is actually changing my working practice. It will be interesting to see whether the changes remain once […]

I’m currently looking over my art and projects in photographs on Pinterest: http://uk.pinterest.com/catherinewp/2014-review/ Review of 2014 A year of running before I can walk! Tangible Dissertation, being included in two books (Stitched Time, compiled by Clare Smith) and Dwell book […]

I am delighted to have recently had several of my works published in the University of Texas at Dallas annual arts journal, Reunion: The Dallas Review. My work was chosen for the front and back cover as well as an […]

The course has the appearance of having fully started – this week has brought about first tutorials and seminars. Tutorials are a bonus of taught programmes – you get the opportunity to talk about yourself and your work without worrying […]