Last week was amazing. The new piece I found myself making for the Table of Elements exhibition at relatively short notice ended up working surprisingly well. The exhibition itself was an opportunity to exhibit with two artists whose work I […] 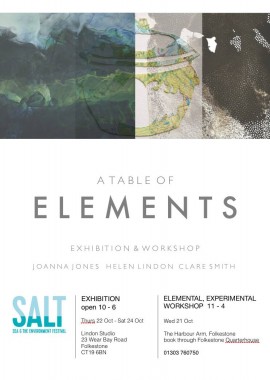