There are 129 people living in Commondale (2011 Census) and many more sheep. There was a statistic floating around (which I’ve been unable to hunt down) that there are thirty sheep to every person in the Moors, which would make […] 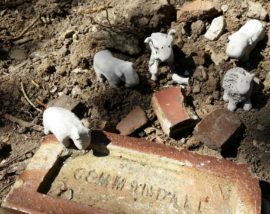