3 days in Berwick-upon-Tweed for an a-n writing bursary, what a gift. Away from home offers a different perspective on everything – a critical adventure free from everyday responsibilities. Pushed into survival mode living out of the back of a […]

Endgames. The land of Literature is a fairyland to those who view it from a distance, but like all other landscapes the charm fades on nearer approach, and the thorns and briars become visible. Washington Irving It seems I have […]

Yesterday evening I went to my first “Enköping Art Association” event, it was a discussion with several of the artists from the current show at the gallery: 8 Young Artists.  One of the artists, Fredrik Eriksson, I know a little […] 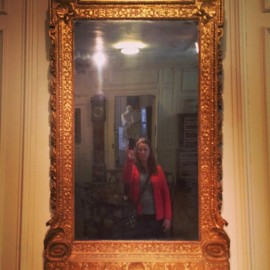 I have so many works on the go it’s hard to keep up with them. So I am contemplating on a better platform to selling work here in Ipswich and the kinds of agency required to sell work and give them esteem. This blog documents a number of challenges in making good things happen.

I think it is about time the belief in me as an artist is more budding than beginning. The next blog will have a different title, and a new angle.. for an update right now I can share with you […]

AUDIOBLOG- Please click here I love how words move their meaning around. Like a living thing. I have often been known to quote Terry Pratchett. I think it comes from having had a teenage boy when Pratchett was at his […]

AUDIOBLOG – Please click here The psychology of Elena Thomas is endlessly fascinating – to Elena Thomas at least. I spent an hour in Fair Deal Music this morning. I planned to buy a looper. I was meeting Dan for […] 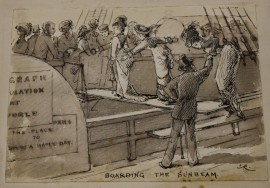 Threads is a 1984 television drama which focuses on the medical, economic, social, and environmental consequences of a nuclear war spanning over a 13 year period. This clip shows a child of one of the survivors who is educationally stunted […] 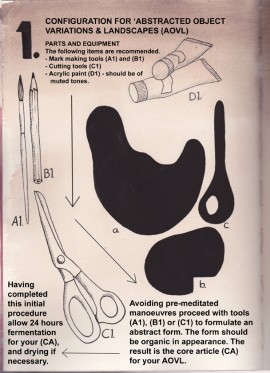 Pondering: to weigh in the mind with thoroughness and care

New Visibility I’ve become newly visible in the university, wearing bright t-shirts that label me ‘artist-in-residence’. I chose this uniform for a couple of reasons: partly because the t-shirt is a good conversation starter with students and staff who […] 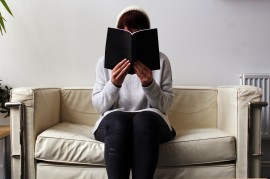 An Artist investigates the Critical Moment of the Degree Show

Meeting Elena was like catching up with an old friend!  And we have carried on chatting away via email this week too.  She is as every bit passionate, humorous, insightful, and intelligent in person as she is on-line.  Over a […]

I’ve been having a bit of a rant (I know! SO unlike me!) And my friend Nicki, mentioned in a previous post said I should blog it. I am no fool. I know she said this just to shut me […]

The edges of people don’t stop at their skin… This phrase arrived in a poem I wrote over a year ago, before the collaborative/joint exhibition with Bo Jones. I suspect this post might meander about a bit, but I feel […]

today i’m coming to terms with the realistic situation that yesterday i lost my ipod touch. if it were a person it might have left home because i’m making friends with android. in accepting that it’s gone i’m left thinking […] 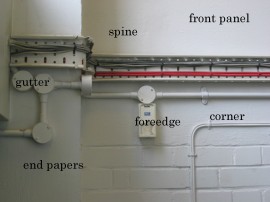 After some PaperFields exhibition prep I got stuck into painting this afternoon.  Worked on several pieces that had already been started (1 yesterday) and another – a large paper roll.  I found a way to clamp it to a stretcher […] 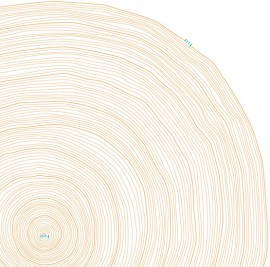 The prize-winning Canadian author Margaret Atwood is to be the first writer to contribute to Scottish artist Katie Paterson’s 100-year artwork, Future Library.