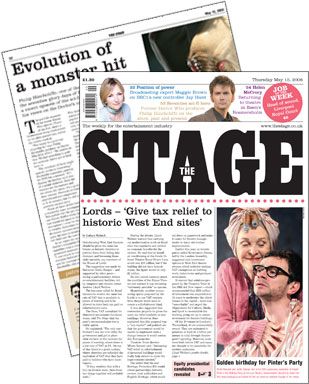 One in 10 arts organisations who lost 100% of their core Arts Council England funding have shut down or are closing, according to a study by the Stage.

Of the 206 cultural organisations who were told they would lose all their regular funding last March, 24 have ‘ceased to operate or will soon do so’ and a further 33 said they were ‘at risk’. 70 said they were ‘just surviving’, while 24 said their finances were ‘healthy’.

The Stage understands the 24 organisations that have closed or which will close imminently include dance companies the Cholmondeleys and the Featherstonehaughs, Durham City Arts, Foursight Theatre Company, Audiences Central, Theatre Writing Partnership, Jazz Action and Flambard Press.

Brian Attwood, editor of The Stage, said: “The bleakness of these statistics is all the worse when one bears in mind that these closures were a pre-emptive response to losing ACE funding, they do not follow it.”

He added: “We must prepare for the possibility that, over the next year, these early closers will be joined by others whose determination to continue has proved to be in excess of the resources at their disposal or whose revised business plans will offer no defence against their altered circumstances.”

Alan Davey, ACE chief executive, responded: “The Arts Council has never funded all the art that takes place in this country, nor do we have the means to do so. It’s always a difficult decision to stop funding an organisation but faced with an almost 30% reduction in our budget for the arts, we had some hard choices to make. Some organisations we might have chosen to support in other circumstances did not receive funding but, by the same token, it’s important to remember that 110 organisations will receive regular funding for the first time from this April.”

The Stage gathered 151 responses after attempting to contact all the companies affected by the cuts. Of these, 45 had also lost funding from their local authorities.

Tate director Sir Nicholas Serota defended the Arts Council’s handling of the cuts. He told the BBC: “There’s been surprisingly little damage done in the short to medium term. ACE have handled things very, very well given the challenges that they faced. We’ll have to see what it is in the long term but obviously it’s going to be much tougher for many organisations over the next 5 years. In any event they’re going to have to raise more money from the private sector.”