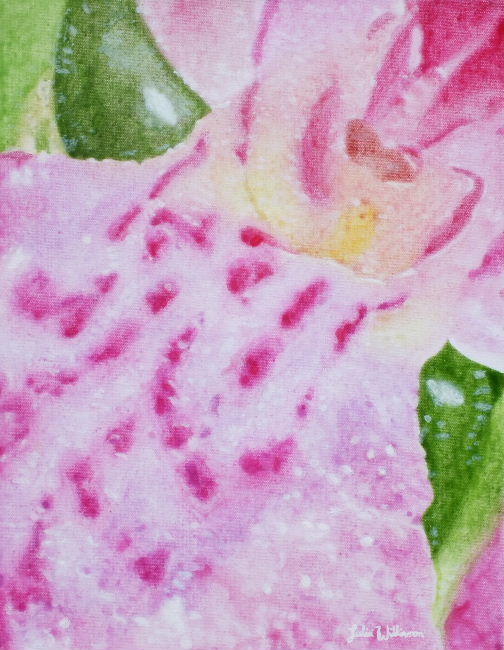 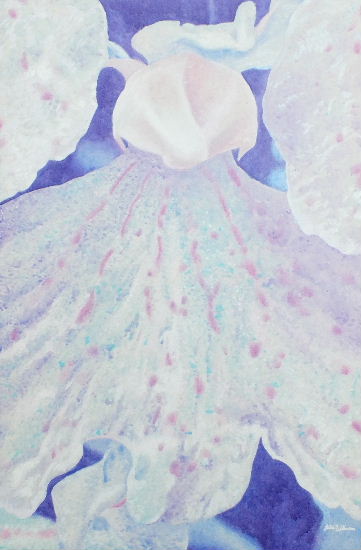 Display of paintings, some large, of microscopic views of English orchids, focusing in on tiny details, massively enlarged, up to four hundred times usual size, so the results are semi-abstract. With glazes of oils or acrylics and often with vivid colours, the works are unusual microscopic views of bits of the flowers.
Produced partly as self-portraits, often the flowers resemble other organisms. Some works, not so much self-portraits, have texts painted on them as a pretence at black humour, to reveal how vulnerable the species are to over-development of the countryside.
One species is already extinct in Britain (since 1952) so here is conceptual art – the buyer receives absolutely nothing.
Library is open 9-5 usually, closed Wednesdays and Sundays, open 9.30am-1pm Saturdays, 9am-7pm Mondays.