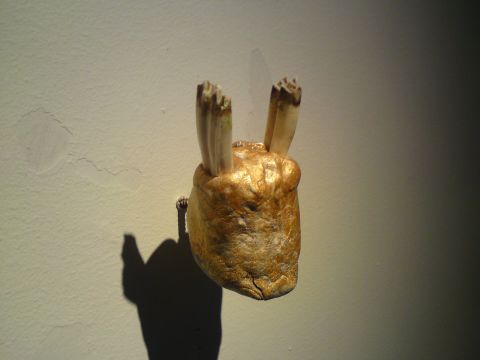 Coinciding with Rogue Open Studios 2009, Rogue Project Space will launch an exchange exhibition All Change, in collaboration with The Royal Standard (Liverpool, UK), featuring artists Mike Carney, Jemma Egan, Stephen Forge, Andy Foulds, Laurence Payot, Richard Proffitt, Laura Robertson and Gabriel Stones. Linked by their industrial history and divided by their football allegiances, the contentious relationship between Manchester and Liverpool remains as lively as ever. And while art and culture thrives in both locations, artists from the two cities rarely collaborate. For All Change, Rogue studio members Karen Gaskill and Hilary Jack have initiated a process that attempts to bridge this creative divide in the form of an exchange between the two studio groups, The Royal Standard in Liverpool, and Rogue, Manchester. Gaskill and Jack have selected eight artists from The Royal Standard to exhibit in Rogue Project Space, and the Directors of The Royal Standard have in turn selected artists from Rogue Studios to exhibit in their Project Space. These selections are representative of artists working in both studio groups, and it is hoped that by integrating the creative communities in All Change, a new cross-regional dialogue will emerge and lead to future collaborations.