At Play: the Finale - a-n The Artists Information Company 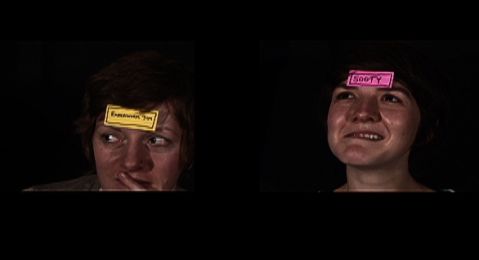 Opening reception & Live Events by Andi Chapple, Philip Lee and Katherina Radeva: Friday 20 April, 6.30-8pm Bracknell and Mirror Galleries At Play 4 is an invitation to the spectator to play – with an active sense of freedom similar to a child at play. This finale of At Play exhibition explores play that is free and spontaneous or bound by rules and conventions. At Play 4 considers rules, or the lack of them, and the spirit of the Olympics. The exhibition examines play as a way of surviving boredom and of discovering the insecurity of the world, and the effect of random chance. It relates play to drawing – perhaps the most direct and free form of artistic expression. At Play reminds us of how we played as children. Artists include Leszek Blyszczynski, Andi Chapple, James R Ford, Flora Gare, Rebecca Glover, Nick Kennedy, Philip Lee, Dan Lovelace, Sousan Luqman, Nyeema Morgan, Martina O’Shea, Katherina Radeva, Duncan Sellar, Guy Tarrant, Cally Trench, Kim Walker and Mary Yacoob. At Play is curated and produced by Outi Remes and Cally Trench.