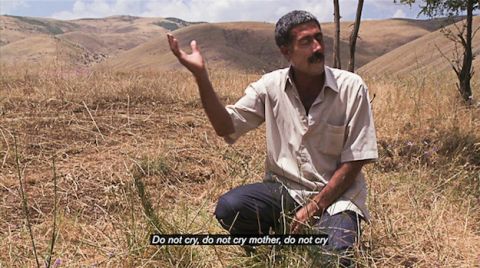 Uriel Orlow, Abigail Reynolds, Angharad P Jones, Rich White, Dan Griffiths, Geraint Evans, Jonathan Powell, Richard Powell. Despite the desires of architects and planners, the growth of the built environment happens organically at the will of its inhabitants. This environment is a process, not a fixed state. The exhibition Barnraising and Bunkers looks at our impulse for shelter, and how we choose to build. If Barnraising epitomises collective action and co-operation, Bunkers suggest the opposite, a singular act. It features work by artists who engage with architectural or physical structures, through their construction and our navigation within them, around them and through them. We often think of urban and rural being in opposition – the former synonymous with presence and the latter with absence. As our basic need to create shelter gave us our first dwellings, so these clustered to form villages and eventually cities. But urban dreams of utopian living and social cohesion do not always survive the accelerated and fragmented organic growth of the places we inhabit. When the dividing line between public spaces and private spaces is drawn so distinctly society will find ways of redrawing the line – or at least blurring its edges.