Beyond Other Horizons - a-n The Artists Information Company 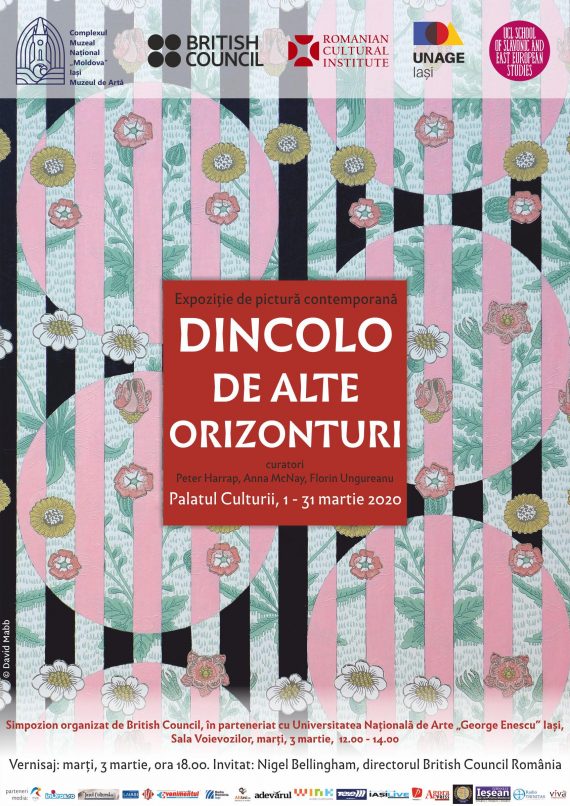 Beyond Other Horizons, Iași Palace of Culture, Romania, 1st-31st March 2020

Contemporary painting made in Britain and Romania.
An exhibition based on ideas in Paul Celan’s poem Mapesbury Road.

Beyond Other Horizons is an exhibition brought together by artist curator Peter Harrap; writer and curator Anna McNay; and artist Florin Ungureanu, and funded by the Romanian Cultural Institute. A British Council symposium, in partnership with “George Enescu”, National University of the Arts Iași, will be held on 3rd March, from 12-2pm, and a private view on the same day at 6pm. Nigel Bellingham from the British Council will open the exhibition.

Between 14th and 15th April 1968, the Romanian-born, German-language poet and translator Paul Celan wrote a verse, entitled Mapesbury Road, while staying with his aunt, a few streets away in north London. The poem, which he described as a ‘walking and a walked-up poem’, encapsulates his visit, but also brings together significant events from the time: the assassination of Martin Luther King, Jr (4th April 1968) and the attempted assassination of the German Marxist sociologist and a political activist Rudi Dutschke in Berlin (11th April 1968), both episodes involving bullets to the head. The poem itself
is a controversial elision of two events.

In this groundbreaking exhibition, 80 artists take us on a journey through the three main themes within the poem, walking, language and Otherness/the surreal.