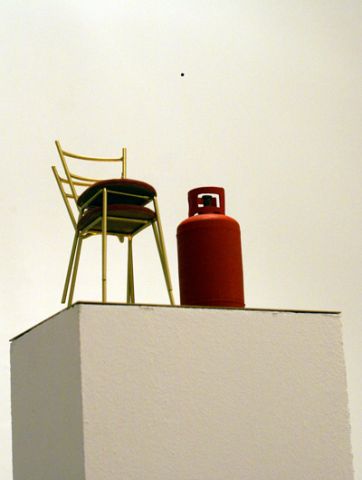 Two London based artists, ceramicist Robert Dawson and Sculptor Steve Bunn are exhibiting some new and exciting work at New Greenham Arts during July and August. Robert was one of 30 artists who recently won the Jerwood Contemporary Makers prize, now on show at the Jerwood Space in London from 16th June – 25th July.Robert and Steve were both students at the Royal College of Art, graduating in 1999. This emotionally charged body of work explores themes relating to distance, remoteness and location.