Country and Coast, Town and Down - the art of Robert Tavener - a-n The Artists Information Company

The Chapel Gallery, Bromyard is opening its doors again in March with a short exhibition of works by renowned illustrator and printmaker Robert Tavener (1920 – 2004). After 6 years’ service in the Second World War, including involvement in the D-Day landings, Tavener made a career teaching in art colleges in the South East and all the while built a reputation for his works as an illustrator and printmaker, gaining commissions from London Transport, Shell, the BBC, the Radio Times and many others. He described his work as being: “English Countryside and English Architecture. Shape, pattern, colour, texture, design”. His work was accepted for 34 years in succession at the RA’s Summer Exhibition and he was a senior fellow of the Royal Society of Painter/Printmakers. His work is held in over 25 UK collections, including the V & A and the Government Art Collection. 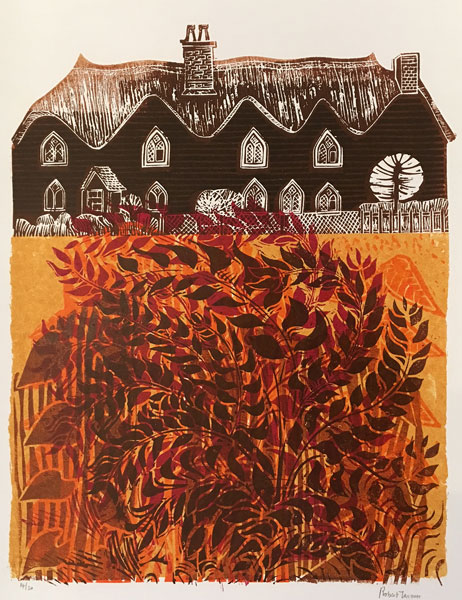