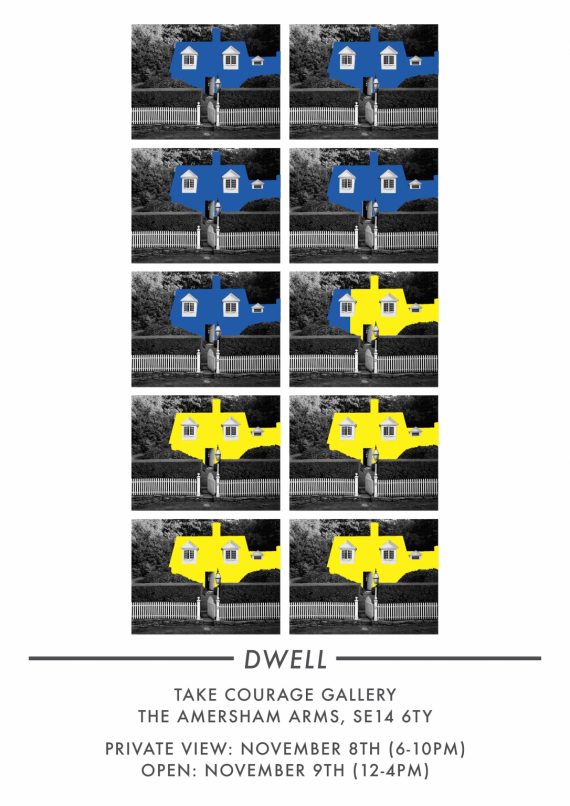 We know that a text does not consist of a line of words, releasing a single ‘theological meaning’, but is a space of many dimensions, in which are wedded and contested various kinds of writing, no one of which is original.

Tied inherently to the context of its expression, language encapsulates the precarious nature of communication and interpretation. Equally reliant on strict codes of conduct and an assumed intuition of the other, the intentions and definitions of words and their ideas is not an obstacle that is  easily ignored or avoided. As words such as ‘mine’, ‘desert’ and ‘fair’ imply a sense of place or of a perceived happening in one context, their muteness upon the page can subsequently be repurposed to more conceptual turns of phrase; that of ownership, abandonment, and the empathetic. Ill-defined by these multifaceted forms, the dissonant methods of petrified language to invoke emotion, imagery, and the sensical may be comparable to that of the pillaged toolbox; its cul-de-sac of finite resources dampening the grasp for a clear explanation and proposed solution.

Unruly in its solitude without tailored expansion, literature holds a parallel to the artwork on display – a vicarious totem of its time, potentially unequipped for conclusions outside of its intended context. Arguably unburdened by a clear interpretation or reaction, art, like the written word, sits within the bizarre grey area of familiar materials being put into a certain order – its subsequent arrangement inspiring disgust, admiration, or often, confusion. Presented within the gallery, public space, or home, the loaded symbols and terminologies of its content, both inside and outside of its  ornate frame, is thus at the mercy of the individual inhabiting the situation then and there; a dwelling in every sense of the word.

‘Dwell’ is set to take place at the Take Courage Gallery within The Amersham Arms, New Cross London. Including works from Ivan Chambers, Jake Francis, and Davide Lakshmanasamy, the exhibition will open with a private view on Friday the 8th November (6:00pm – 10:00pm) and will remain open until Saturday 9th November (12:00pm – 4:00pm). Admission free.