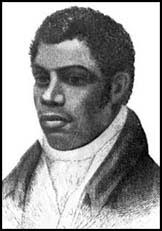 A black man’s fight for justice in 19th century Britain

***you will receive Zoom link on 1st August by 6pm, it will be also available on Eventbrite online event page

“If someone were to cover your nostrils

while you slept, and likewise covered

your mouth, you will die, less you fight.”

The BLACK LIVES MATTER movement’s response to the brutal

has brought racism sharply into focus across the world, none

more-so than in Britain, with its institutionalised colonial attitude.

So, today, how do we unshackle the bonds of these centuries old practices?

One way is through theatre, storytelling as a means to kickstart the process of unlocking the many hidden and ignored stories of extraordinary black UK citizens.

Ka Zimba Theatre and The Muse Gallery & Studio as part of SCRATCHDAYS 2020 Online Theatre team up to present The Field, Mark Norfolk’s timely play about the life of 19th century activist, William Davidson, featuring members of the cast from the west end County Hall production of Witness For The Prosecution.

The abrupt closure of UK theatres in March saw Agatha Christie’s renowned murder mystery close its doors with just a few weeks to go for the current cast, leaving behind a distinct sense of anti-climax.

But now, largely due to the efforts of actor and director, Jeffery Kissoon, himself a member of the cast purloined by the pandemic, they now have an opportunity to ‘tread the boards’ together one more time, albeit digitally, in a play that coincides with the 200th anniversary of one of the most politically charged periods in British social history. Tackling themes such as equality, poverty, race and justice The Field reflects on a slice of British history often overlooked.

Not long after the horrendous events at St Peter’s Field, Manchester, often called the Peterloo Massacre, Jamaican-born William Davidson, attends a meeting of the radical group, The Spencean Philanthropists where he meets charismatic leader and firebrand, Arthur Thistlewood.

William’s wife, Sarah, mother of four young boys, fears her husband may neglect his family and warns him not to be swayed by political rhetoric. But having suffered racism most of his young life, William finds it difficult to turn a blind eye to injustice and finds himself caught up in an audacious plan to topple the government.

However during the operation William is caught and charged with high treason. Sarah learns of her husband’s offence when she is visited by the police and is horrified at what it means for her young family. As William and Sarah face up to the consequences of his actions, William makes a final heartfelt plea from the dock about the rights of English men to protest against tyranny.

Recent large-scale, global protests brings the notion of public protest sharply into focus. This play attempts to explore events from two hundred years ago, where people have fought and died for a fairer society.

During the latter days of King George III’s reign, the people of Britain experienced the most repressive governmental control ever to be bestowed upon them, sparking numerous rallies, marches and riots. The suspension of Habeas Corpus was utilised, crushing any attempt at dissent or rebellion. But still, the people were not deterred from their quest for liberty

A public rally at St Peter’s Field, Manchester attracts a crowd of over forty thousand from all over the country. The event turns into a catastrophe when Constables on horseback charge the crowd leaving many dead and injured, including many women, children and former soldiers who had fought against Napoleon at Waterloo. The tragedy set off unrest countrywide and eventually led to…

Following the Peterloo Massacre and its subsequent inquiry, sentiment in the UK is at boiling point. The government, sensing danger pass the most stringent privacy laws, increasing police powers and suspending Habeas Corpus. Then, in London, William Davidson, a family man and his wife, Sarah, suddenly find themselves at the centre of a plot to overthrow the British government.

Theatre includes: An Inspector Calls; The Iceman Cometh; Anthony and Cleopatra, Timon of Athens, The General from America, Henry VI parts 1, 2 and 3, Richard III (RSC); Copenhagen; Roots; Anthony and Cleopatra; Market Boy, The Royal Hunt of the Sun (National Theatre); A Day in the Death of Joe Egg, Wars of the Roses (Rose Theatre Kingston); Taming of the Shrew, A Midsummer Night’s Dream (Guildford Shakespeare Company). Television includes: Spooks; In the Name of Love; Armadillo; The Professionals; Bad Girls; The Bill; Birds of a Feather; Family Affairs; Dream Team; Doctors and Outlander. Film includes: She’s Gone and The Upside of Anger

As an actor, Jeffery Kissoon has vast experience working with the best directors in the world, such as Peter Brook, Nicolas Hyntner, Peter Hall, Katie Mitchell amongst others. His directing work includes: Dare To Do, Vision of Youth/The Meeting, Danny and the Deep Blue Sea, Knock Down Ginger, Where the Flowers Grow, Naked Soldiers, Ave Afri-ca, Invisible Man and multiple readings of new plays at The Muse.

Mark studied Speech & Drama and has worked as a journalist, researcher and a writer in residence in a high security prison. He has collaborated with Jeffery Kissoon in film and theatre for more than twenty years. His recent work includes stage adaptations of Ham-let in the UK and Kosovo. He has also worked with Jeffery Kissoon exploring new plays at The Muse.

Ka Zimba Theatre aims to tell authentic stories of contemporary Britain that reaches across cultural lines, encouraging young people to explore the society in which they live. The company was formed by Jeffery Kissoon as a space for experimentation and training in theatrical expression inspired by the ancient Afri-can martial art form of Ka Zimba.

Scratch Days was set up by The Muse Gallery & Studio to allow actors, writers and directors the chance to workshop material in front of a live audience, without the financial risk of hiring a venue. The platform invites audiences to watch actors in the round, ‘on’ and ‘off’ book and participate in a Q&A at the end of the performance.