Finding Fanon 3 is the final instalment of Larry Achiampong and David Blandy’s film trilogy and is premiered here. Navigating the past, present and future, the artists question the promise of globalisation, recognising its impact on their own heritage. Incorporating sci-fi themes and imagery, the film mixes footage of the artists filmed in pastoral rural and coastal locations alongside their avatars wandering the deserted scenarios of Grand Theft Auto 5.

The Finding Fanon project is inspired by the lost plays of Frantz Fanon (1925–1961), a radical humanist whose work explored the mental distress caused by colonisation and the social and cultural consequences of decolonisation. Achiampong and Blandy negotiate Fanon’s ideas, examining how the politics of race, racism and societal issues affect our relationships in an age of new technology, pop culture and globalisation.

Achiampong (b. 1984) and Blandy (b.1976) have been exploring issues surrounding race and culture in their individual practices for many years, albeit from completely different cultural backgrounds. They have been collaborating as Biters and on the Finding Fanon series since 2013, resulting in a body of work including digital imagery, performance and video. They were recently artists in residence at Wysing Arts Centre and have exhibited and performed internationally including at Tate Modern and Iniva, London; Fabrica, Brighton; Modern Art Oxford; Spike Island, Bristol; ICI/Savvy Contemporary, Berlin, and Tyneside Cinema, Newcastle. Their films are distributed by LUX and David Blandy is represented by Seventeen Gallery, London. 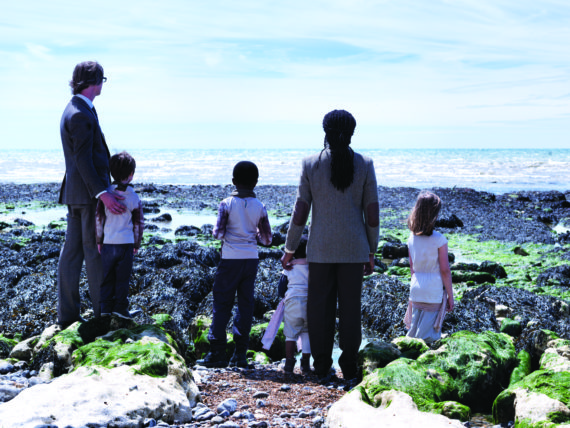