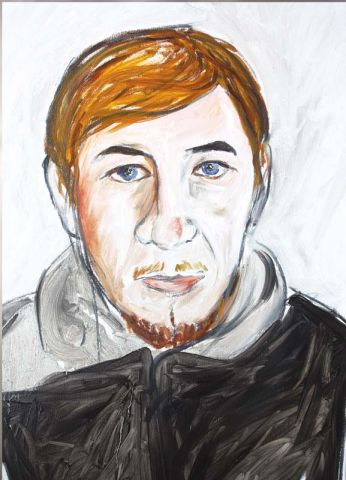 This is a rare opportunity to see recent works by Hercules Fisherman at Soho’s celebrated Union Club – a characterful watering hole that’s been haunted by artists and writers for decades. Hercules is an Award winning artist as well as technologist and entrepreneur. These days Herx is dividing his time between painting on the one hand, and mentoring & investing in technology start-ups on the other. This year he also organized a festival of Arts in collaboration with the park to coincide with HertsOpen 2012. The event included SketchyZoo Theatre which combined performances, workshops and installations.He’s published art books, magazines and prints about and with artists like Lucian Freud, Gilbert and George, Richard Hamilton, Bill Bryson, Yoko Ono and Allen Ginsberg. He established Our Wonderful Culture club at Vic Naylor and the Fridge in Brixton, which featured Vivien Westwood, Brixton Poets, Edward Tudor-Pole, Deborah Levey and Leigh Bowery.He’s exhibited at galleries and arts centers, including Riverside Studio, DeFabrik-Holand, Paloma7 –Spain – and ArtHouse – Ireland. He has been speaker, judge or guest at the WebSummit, DevTank, 3DS, Mobile World Congress, LeWeb and at the Universities of Middlesex, Nottingham and Manchester as well as LCP and LaSalle – Barcelona. He has won numerous awards and prizes for his achievements over the years, including a British Council Award in 1986.