July 19 – August 24 ‘I Much Prefer the Mundane’
Jonas Read will be travelling from New York (USA) to La Trimouille (Fr) via Dublin, Ireland where he is performing with his band The Big Geraniums, to open his exhibition of architectural, abstracted and sometimes brutalist photographs of North America; ‘I Much Prefer the Mundane’ and give an intimate solo performance at the vernissage on 19th July.

With Read is printmaker and photographer Robert Campbell Henderson who will show a new series of small works called ‘Polaroid Evangelism’ demonstrating his obsession with the medium of old polaroid film and seeing how far he can push the medium in a chemical and painterly manner.
The photographs expand off paper onto metal and collage formats which include entirely experimental processes in composition and technique. Both artists play with themes of landscape and scale in unexpected and very beautiful ways. 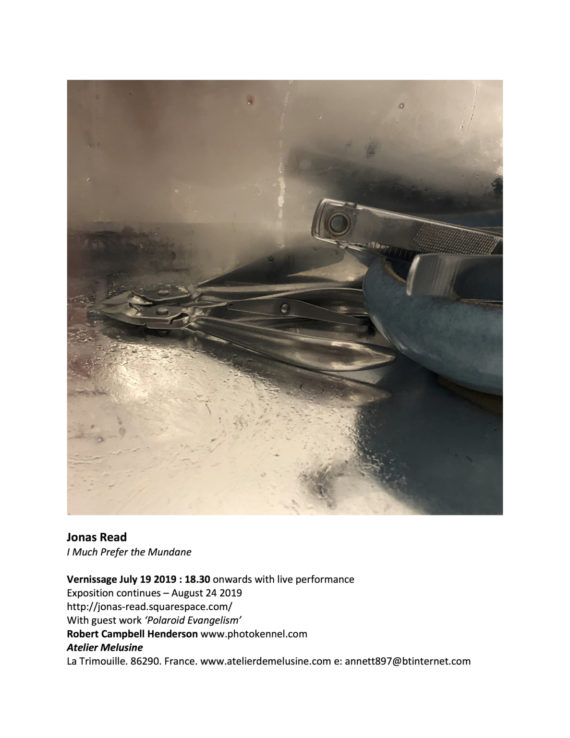