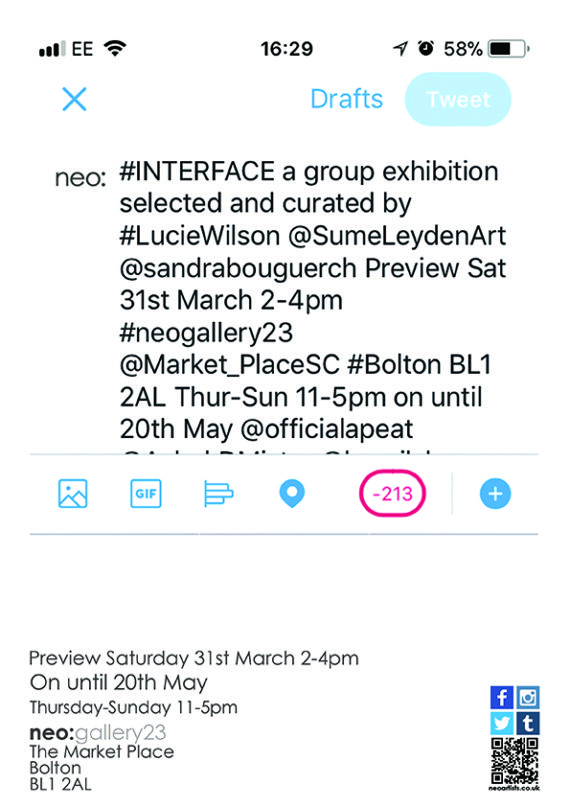 The original meaning of the word ‘interface’ is a boundary between two entities, such as a cell wall or human skin, but is now most commonly associated with the means of communication between ourselves and the technology we depend on. Digital interfaces have become such an integral part of our lives, that they are often taken for granted. By focusing on ‘interfaces’ as the subject, rather than purely as conveyors of information, the exhibition aims to initiate a dialogue about the ways they represent reality and directly influence our understanding of the world.

The exhibition has been organised and curated by three neo:associates, Lucie Wilson, Sandra Bouguerch and Sume Leyden, who have invited a diverse group of 23 regional, national and international artists to work creatively around their personal interpretation of the theme. Visitors to the exhibition will find an eclectic mix of exhibits, from interactive mirrors which turn to face the viewer, virtual reality installations, futuristic animations and sound pieces, as well as paintings, videos and 3D artworks.

A series of artist’s talks will be staged throughout the duration of the exhibition and a catalogue containing images, artists’ statements and critical writing will be available for sale.