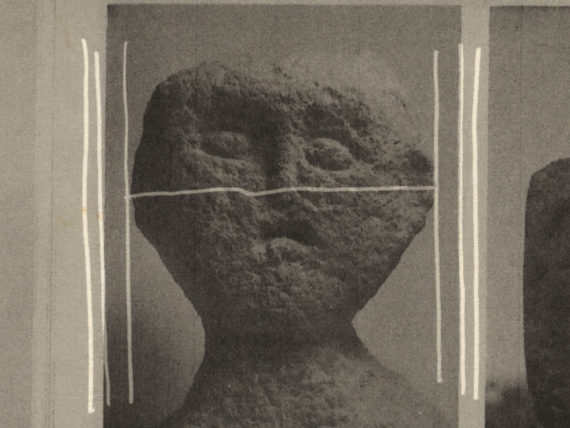 The performance marks the culmination of a decade-long creative collaboration between Rostron and Supreme Vagabond Craftsman (SVC), whose work together is rooted in improvisation and experimentation. Channelling the unconscious and seeking connections between inner and outer worlds, Phased Return creates a trancelike mood punctuated by moments of humour, horror or the absurd. It centres on a live performance and reading from SVC, with synthesiser and cassette tapes accompanying a new long-form prose poem. Alongside this are animated films made by Rostron for the performance, inspired by the music and text of SVC and utilising a range of techniques including hand drawn animation, photography, collage and treated video. Tickets are available here.

Edwin Rostron is an artist based in London. He studied at the Royal College of Art and his work has been shown in exhibitions and film festivals internationally, including Ann Arbor Film Festival, Outcasting: Fourth Wall Festival, and Eyeworks Festival of Experimental Animation. He runs Edge of Frame, a blog and ongoing programme of screening events focusing on experimental animation, and is a tutor at the Royal College of Art.

Supreme Vagabond Craftsman has released music on Twisted Nerve, Analogue Catalogue and Invisible Spies Records, the latter of which he co-runs with artist and musician Kid Acne. He has recently collaborated with Dean Honer on “Frogman”; a cassette only science fiction story set in the Peak District and featuring a soundtrack composed on Dean Honer’s collection of analogue synthesisers. His latest release is a split LP recorded in collaboration with free improviser John Jasnoch and Chips For The Poor on Invisible Spies.

Edwin Rostron is an artist, animator, writer and curator based in London. He is the editor and principal writer for the Edge of Frame blog and programmes Edge of Frame screening events. He has been a juror at a number of festivals and is a tutor at the Royal College of Art.