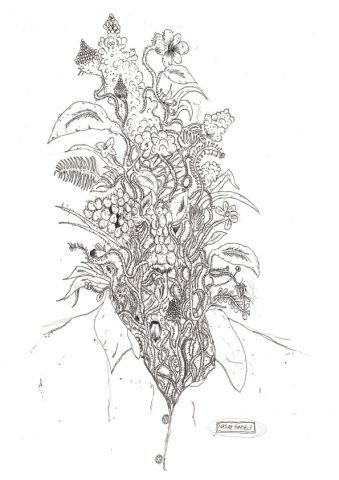 For the fourth exhibition in Crate’s Bad Translation programme, S Mark Gubb is teaming up with a hypnotist and East-Kent based fanzine Road Kill to rediscover his youth – specifically, his late teens, which he spent as a heavy metal and hardcore-loving musician and skateboarder in Margate. For the project, Road Kill have produced a free fanzine that takes the results of Gubb’s hypnotic regression and applies their skewed approach to his memories of day-to-day life in Kent, which include relatively quotidian events, such arbitrarily deciding to walk an unfamiliar route to his home. The results are tangential and phantasmagorical; a radical remaking of the past and an exploration of the relationship between Gubb, Scott and Singer; suggesting that illusive acts of the imagination and random thoughts are perhaps more substantive areas of commonality than any verifiable facts that might bind the three together. In addition to the fanzine, which will be available for free from Crate for the course of the exhibition, Gubb will work with Road Kill to produce a walk-in version of the ‘zine in Crate’s project space, which perhaps could be seen as an attempt to make real those imaginary works the three have formed together. Supported by ACE and Kent County Council. A Zine Fair will also take place between 12-5pm on 20/02/2009. Entry is free.