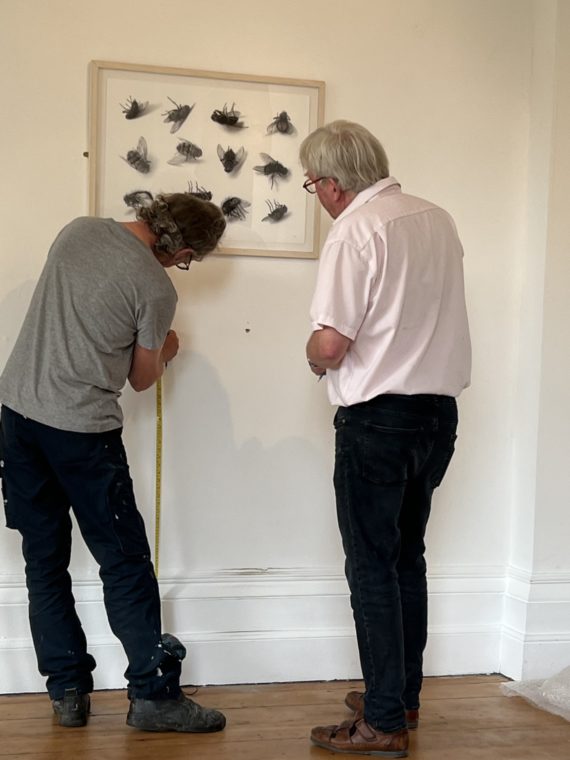 Back in 2012, lead artist, project manager and curator, Carolyn Curtis Magri devised a plan for an exhibition of sixty drawings, each by a different artist. The curatorial rationale was to invite artists via open call from Manchester studios and Manchester Metropolitan University to whose practice drawing was of particular importance. Artists of renown to be shown alongside lesser-known practitioners.

Curtis Magri worked with Gary James Williams, artist, curator and consultant at Phenomena Fine Art, as a co-curator, and the exhibition was shown at Bankley Studios Gallery, where both artists had their studio practice. Now, a decade later, Curtis Magri, again in collaboration with Williams, is launching the second iteration of Sixty Drawings + Ten. The remit remains substantially the same. Sixty Drawings + Ten explores, defines and celebrates the practice and locality of drawing in its diverse forms from a range of different disciplines. There are more artists involved, however, and therefore more drawings. Important to note is that most of the original line up are exhibiting again, and all the works are different from those included in the original show.

Sixty Drawings + Ten now has a dedicated website www.60plus10.com which will remain in constant development as the overall project and its iterations proceed, designed and optimised by Netherlands based ToBeContent.

Sixty Drawings + Ten opens to the public with a launch from 7pm on Thursday 16 June, artists Kevin Dalton Johnson and Nicola Dale will each present a number of performances under the category of expanded drawing.

Throughout the exhibition are associated events which include a drawing workshop led by Carolyn Curtis Magri 11am-3pm on Saturday 25 June, where participants can explore drawing using embossed paper and a grid as drawing aids; and at 7pm on Thursday 14 July The Whitaker will welcome Art Historian Sara Riccardi (Art Across) to host Sixty Drawings + Ten Curated Conversation, which will feature a panel of artists from the exhibition. The conversation will explore the work in the exhibition, discussing drawing in its many forms.