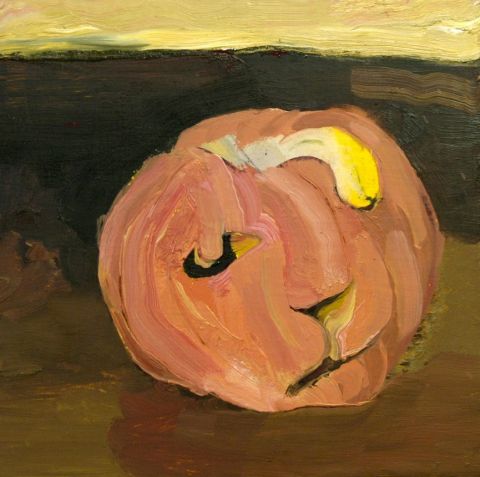 Solo show by American painter Michael Ajerman – Michael Ajerman made his first pumpkin painting on a whim in 2004. As it lay collapsed and oozing on the floor, he seized the moment and began making a painting of it. That first painting came quickly, working against time to get it down strong and direct. Now, it has become an annual event and provides a breathing space in his practice that is concerned with a space between memories, sensations, and portraiture.