The End Of The Future - a-n The Artists Information Company 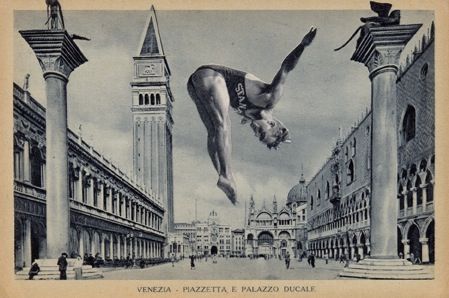 Clive A Brandon / Matthew Houlding / Sam Knowles / Alex Pearl ……..Under the bricks and rubble of the grand Olympic project lie the broken dreams of past utopias. From Ballard to Boris, the grand advance of modernism has been abandoned beneath the dystopian shards. Our collective current state of affairs is highlighted by past optimistic proposals such as The Festival of Britain (1951) and post-war building programmes with essentially socialist drives to improve society which are in stark contrast to the regeneration schemes and public finance initiatives, which now embody the failures of both late capitalist Conservatism and New Labour.The End of the Future coincides with the London Olympics, for some a positive affirmation of the highest ideals, for others a cynical corporate scheme with the veneer of regeneration. The four participating artists look back at lost ideals and eras of optimism and present these though a haze of nostalgia for a future that never materialised and a knowing acceptance of failure.

Cathy Lomax is an artist and writer, she runs Transition Gallery in east London and edits and publishes two magazines Arty and Garageland. Lomax's writing has appeared in The Critical Friend, For Peel, Tangent, a-n, Total Spec and First Level.