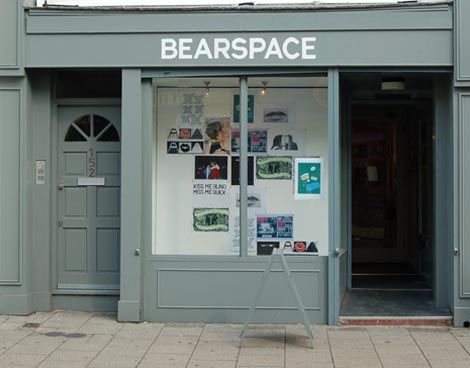 Deptford has been receiving a great deal of publicity recently, with the New York Times declaring it a ‘boisterous concoction of blue-collar aesthetics and intermittent hipsterism’. The bulk of London’s art scene remains in the East, with Hoxton, Dalston and Bethnal Green containing some 50 galleries. Yet a number of factors including demolition of studios to make way for the Olympics has resulted in artists seeking a new home. Deptford houses a small group of fantastic spaces, including ARCH gallery, SE8, Gallop and Bearspace, currently showing Thomas Helyar-Caldwell’s Sit Transit Gloria Mundi.

Helyar-Cardwell’s paintings and sculpture are based on precious objects from a parallel reality, fantastic jewels and motifs heavy with nostalgia and symbolism. He samples historic genres such as the Baroque and Rococo, re-presenting them alongside contemporary icons of mass consumer culture. The works exploit a disconnection between surface and substance and it is here that the link with Deptford’s rising art-scene becomes clear.

What sets venues such as SE8 and Gallop apart from other recession-hit galleries is their attitude to the mechanics of running a space. There seems to be a general openness towards what they can offer artists and viewers alike. Bearspace is split in two with one half acting as a bookshop that sells specially produced products by Hans Ulrich Obrist. APT has rented studio spaces for nearly 20-years and nearby Gallop is part-gallery, part-cafe – not a new concept but definitely one way of keeping yourself afloat during a recession.

There seems to be a complete lack of pompousness about these spaces and the people who run them. Its an attitude of collaboration, not competition and one that holds Deptford in good stead for the future.