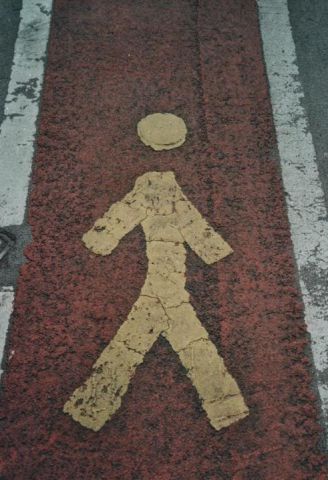 “Not so much a theory, but a series of approaches, a set of modest survival strategies, a bran tub of prefigurative behaviours plus the honesty to say that no one really knows what is going to happen.”

This statement, appearing on page 110, is the first point at which the body text of Mythogeography gets down to the business of describing its contents. That this happens so late in the book is a good indication of the style and structure of this text: arch to the point of touching its toes, characterised by languorous preambles and diversions. This is by way of being the point: the approaches in question all relate to walking as a technique of experimental performance, and if Mythogeography is a presented as a guide to those ambulatory activities it is as a cheerfully and self-consciously unreliable one.

Presented as a compilation of documents “from the diaries, manifestos, notes, prospectuses, records and everyday utopias of the Pedestrian Resistance,” the book is populated by a horde of similarly unreliable narrators, nested like Russian dolls: sceptical notes from a junior publisher’s assistant and glosses from the mysterious editors (the book seems at first glance to claim no named author or editor) pepper the text, and the collations include documents apparently penned by persons missing, unknown, unnamed, or even – as in the case of the legendary mountebank/immortal alchemist the Comte de St. Germain – both mythical and historical. The actual author of all of these texts appears to be Phil Smith, a member of Wrights & Sites, an Exeter-based group of artist-researchers who coined the titular term to describe their own walking and site-specific practices. A blog maintained by Smith admits to as much (http://www.mythogeography.com), and serves as a good first point of call for anyone whose appetite is whetted.

This bewildering cacophony of voices is mirrored by Mythogeography’s approach to the constituent parts of the publication. Footnotes, rather than remaining confined to their ghettoes, interrupt and swamp the main text, sometimes for pages at a time. The endnotes appear halfway through, and two thirds of the book is devoted to front and back matter (a joke about inflamed appendices suggests itself here). This text is dense with signposts, and it’s difficult (and probably pointless) to plot a straightforward course through it. Rather it invites diversion, digression, a kind of textual drift on the part of the reader.

And of course drifting is at the heart of it. Mythogeography is cultivar or hybrid of psychogeography, the Lettrist and Situationist Internationals’ term for their field of urbanist investigation and experimentation, and their practice of the dérive is the basic template for many of the activities described in this book. But rather than just an exercise in minting neologisms, mythogeography as its described here encompasses other discourses: Deleuzian geo-philosophy, the mobilities paradigm in the humanities, Doreen Massey’s theorisation of space as constituted by multiple trajectories, and the performative, embodied cartographies of Tim Ingold (zombie films also loom large). All of these and more are referenced in the text, though rather loosely, and anyone wanting an academic primer on these diverse and interesting strands of spatial thought would probably be better off looking elsewhere. A ‘panography’ of relevant texts at the rear points provides some pointers for further research, and the main body contains many passing references to artists and particular works identified as having an affinity with mythogeography. No care is taken to distinguish real artists and works from the activities of the fictional cell-collectives purportedly responsible for authoring the documents here, but that isn’t really a problem. If it sounds like it’s a satire on tiny and short-lived psychogeographical groups and their quasi-official-sounding naming strategies, then it probably is – probably.

How successful all of this is depends on a couple of related factors. Firstly, how much knowledge the reader already has on the kinds of practices or contributing theories touched on here: as I’ve already suggested, this isn’t really a guide or primer, and even when its being relatively direct (notably in the central chapter ‘What is Mythogeography’, from the which the opening quote is taken), it still assumes a degree of familiarity with the different discourses it touches on. One particularly dense ‘endnote’ on myth gave this reviewer pause, and in a manner more frustrating than pleasant. Secondly, the tricksy style and structure may be off-putting for people looking for accessible overviews of ambulatory artistic practices. Mythogeography is certainly not that. That said, there is thought-provoking and entertaining material here for those prepared to plot their own courses through the text, to stumble and linger. 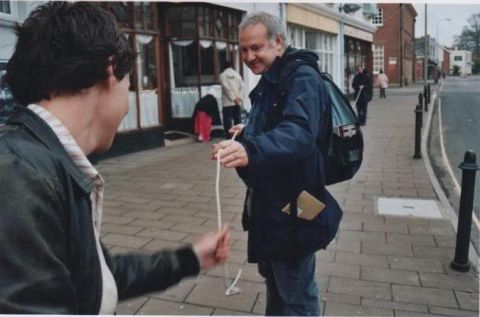 Gavin MacDonald is a doctoral researcher based at MIRIAD, Manchester Metropolitan University, investigating mapping and walking as artistic strategies.