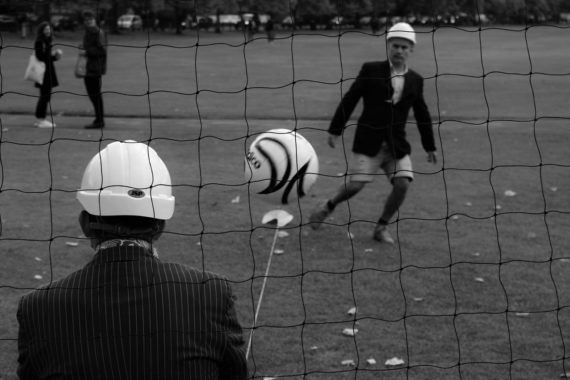 This is my third year taking part in Art.Language.Location and each year has allowed me to extend my practice and generate fresh work. Equally important it has brought into contact with stimulating work by other artists and works hitherto off my radar.

The festival presents a rich mixture of work that responds to the notion of language and location. It was set up by Robert Good and is now in its 5th year. For the last 2 years it has been adopted by Anglia Ruskin University. I was down for the showtime symposium doing a time based piece collaboration with Julian called ‘Quantitative data comparison site’. Mark Langley kicked off the day with a talk about his video work mimic:chorus. In this piece pen scribble is set to a soundtrack of birdsong to evoke the image of a bed nest being formed by the moving hand. The hand held nib is suggestive of a birds beak beavering away constructing a nest. The work had an infectious spirit of play and an uplifting effect on the spirits. I felt better for seeing it.

Les Monaghan presented a sequence of staged portraits of Syrian families displaced by the current conflict. Sat on a sofa, in an anonymous looking domestic space, the subjects looked as if in a state of limbo. Text in Arabic occupies the lower part of the image and is set in white against a grey carpet. The words refer to their aspirations, but are lost on most of us. This sense of dislocation into a safe but relatively featureless context was well crafted and poignant.

Robert Good’s fragments of Ruskin’s words were hand painted by a letterer on the walls of Ruskin Corridor. These thoughts by another, painted by yet another, had smudge marks left, which worked well to frame the work as hand authored in the era of vinyl lettering. As we approach the centenary of Duchamp’s Fountain, this work touched with gentle efficacy on notions of authorship and the art historical legacy of Ruskin, in an art education institution where I would hazard a guess, that many students at Ruskin are blissfully unaware of who the Ruskin of Anglia Ruskin was. Never mind what he stood for. Similar in a way that Waterloo is for many just a name for a train Station and Paddington merely a name for a bear.

Sadly we missed the performance by Gen Doy and Jonathan Rogerson, due to both being on at the same time. A huge pity as his piece last year blew Julian and I away with its enigmatic mix of simple sounds, systematically layered into a complex structure. But luckily we caught the Piece by Ana Mendes. This performance comprised a recorded male English voice, interrogating the Portuguese born artist with a staccato rhythm of probing questions. These ranged from; asking her passport number, to how often she had sex, to what disease was in her family and to whether and why she liked machines. This rapid paced one person performance took place in a blank auditorium. The artist was at times like a rabbit in the headlights, issuing one word answers, whilst at other times seemed to take back control of the interrogation with more expanded anecdotal responses. The work was captivating and took one through a gamut of emotions. Part autobiography, part anti authority, the piece sat particularly potently, as raised by visiting curator Tom Morton, in a post Brexit vote, border obsessed Europe. Other stand out work on this whistle stop day was Anna Brownsted’s swing sculpture piece. It’s impeccable production values translating what would typically be warm playful inter-action into a curiously quasi clinical public experience. And Daniel Cockburn’s five monitor monologue video installation which delivered multiple overlapping spoken narrative strands in an effective deadpan straight to lens structure.

Art Language location features work both around the Anglia Ruskin University site and across the City infiltrating and interrupting the everyday experience. These vary from the nomadic and pop up by artists like Annamari Kardos and myself, Tom Hackett, with Julian Woodcock, to more lasting site sensitive installations like the video by Catherine Cleary and Rebecca Ilett in the Museum of Cambridge. It is run by artists, for artists. It very much runs on passion and each year it grows and evolves. This is the second year of ACE funding, which as well as recognising its status as a cultural gift to the City, also allows the organiser to pay a fee to those taking part, which is an important validation of the worth artists deserve. It is well worth a good day out. Runs until 29th October.