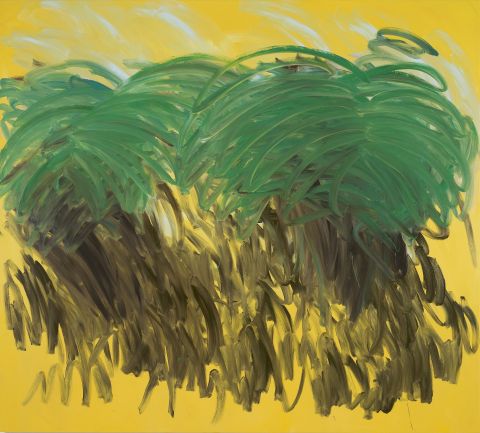 Writing a review based on a private view visit is a first for me. Previews are busy and noisy, not normally an opportunity to contemplate and fully immerse yourself in a piece of art. A chance to network and socialise, converse about art over a couple of glasses of wine, gut decisions are made on the exhibition. Knowing that I won’t have time to return again, I decide during my visit to the private view of the Bloomberg New Contemporary that I will, for once, attempt to write a review afterwards. Armed only with the process of making mental notes and taking some low quality photos on my mobile phone to hopefully to back up these notes, the review becomes something about the experience of a private view and about my own gut reactions to this year’s generation of new artists.

With forty emerging artists, spread across two spaces in Sheffield, I first head to Site Gallery, a smaller immaculate white space housing half of the New Contemporaries exhibition. It’s early but the exhibition spaces are already packed which unfortunately, and inevitably, impacts on my viewing experience. There are however a number of pieces which are able to capture my attention amidst the crowds. A series of photograph’s ‘Resonanzgeflechte – leibhafer raum’ (Resonant Entanglements – Bodily Space) by German artist Ute Klein are one of them. Three photographs, I presume selected from a larger series, are presented in the space. Going beyond an embrace between two people each photograph depicts more of an entanglement or joining between two bodies. The act that is taking place within the image is both performative and sculptural, which both feel detrimental to the work. The photographs speak to me about the relationship between people. The entanglements aren’t straightforward, they say a lot and there is an opposition within them, love yet aggression, comfort and struggle. I find myself attracted by the complex nature of the images, which allows the viewer to too become entwined.

Elsewhere I enjoy Jessica Sarah Rinland’s 16mm film ‘Nulepsy Attack’. Projected at set times during the evening the beautifully shot film tells the story of a man who has grown up with a disease Nulepsy which causes him to spontaneously black out and take off his clothes. The storytelling in the film creates a connection with the viewer, who, drawn into this story, is caught on the cusp of the wavering reality within it. A very different piece, Poppy Whatmore’s ‘Cocked Leg’ too captures my attention. An ordinary table stands in the middle of the space however one table leg has purposefully been hinged and upturned. This simple transformation of an everyday object causes the table to take on new persona, questioning the impact of subversion and everyday forms.

A short walk across town and I make it to S1 Artspace for the second half of the private view. Located in an old factory building I’m pleased to see a spacious warehouse style gallery space. I definitely find it a little easier to wonder around this exhibition and take in the surrounding artwork. As soon as I step into the space Se-jin Kim’s video piece ‘Night Worker’ captures my viewing attention immediately. First of all I’m interested in it’s staging. Projected onto two rectangle screens suspended within a corner of the gallery space I watch, what feels like parallel universes of two nightshift workers as they sleepily go about they unsociable-hours job. I find it easy to become immersed into the worlds on screen, my eyes flitting between the two projections as they float in the space. The piece connects with the viewer by exploring psychological space. The characters within the film, leading similarly eerie lives, try not to nap during their boring night shifts, take lonely breaks, find ways to pass the quiet times, and finally walk home, confronted by overwhelming daytime sunshine.

Other artworks that catch my eye include Savinder Bual’s ‘Train’, a repetitive 2-second film loop of a train speeding toward the viewer. Made from a single photograph the video challenges the viewer’s perception of the still and moving image, creating an overwhelming cinematic experience. I’m interested in the impact this piece might have if it was projected and at a larger scale. At the other end of the space is a large-scale colourful painting by Sui Kim ‘Tropical Dream’. It feels quite obvious but there’s something pleasing about the image, the painting style, colour and boldness, and also maybe the obviousness too, it’s ability to create a feeling of a different place through colour and form. Elsewhere, in the middle of the space, sit the sculptures of David Burkley. One piece standing out to me more then the others, ‘We are, as usual’, is a sculpture consisting of two iron cast poles rooted into the gallery floor, one slightly larger then the other, spaced slightly apart, the poles bend inwards at the end towards each other. There is something about their positioning that speaks to me, I feel a connection with these odd almost awkward sculptural imamate forms and I enjoy exploring the dialogue that the two objects seem to be playfully having with each other.

After the two-hours of previewing I’m satisfied that I’ve seen and experienced the artworks in both sites to the best of my ability. One thing, which is noticeable from the preview, is that the exhibition as a whole doesn’t wow me; I’m not shocked, disgusted or amazed by what’s in front of me. Although the lack of ‘wow’ factor is a little disappointing I would conclude that this year’s show is an intelligent selection of today’s new contemporary artists. Each exhibiting artist has the sense of standing out as individual and that feels important to this type of exhibition. Of course there are unplanned thematic connections between pieces which is an obvious conclusion in an open show, but without an over riding theme, the artworks do have a feeling of standing alone against one another.

Bloomberg New Contemporary is an annual exhibition presenting the work of 40 emerging artists across a range of media. The exhibition is currently showing in Sheffield at Site Gallery and S1 Artspace until 5th November, when it will move on to ICA, London.