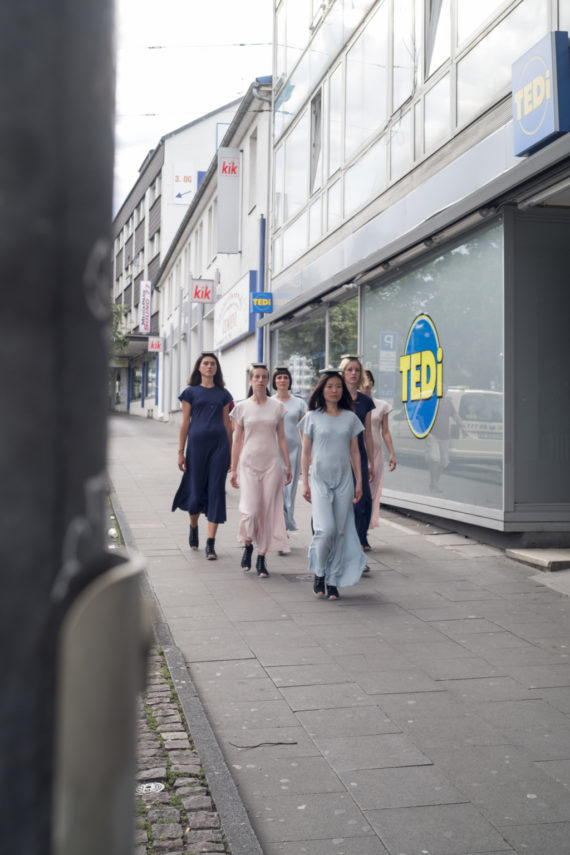 As always Documenta 14 is based in Kassel, Germany, but this time the five-yearly art event has been twinned with a parallel show in Athens. Artistic Director Adam Szymczyk has used the thematic of ‘Learning From Athens’ throughout the planning, carrying this forward as the prominent title of the show itself in all press and publicity materials. This approach apparently guided the visitors and participators towards building knowledge from a beginning point without assumptions; Szymczyk stating before the opening in Greece that we should aim to “immerse ourselves in the darkness of not knowing instead of pretending to know enough in advance”. (http://theartnewspaper.com/news/politics-and-performance-take-centre-stage-at-documenta-14-in-athens/). It might be cynically considered that this deliberate blinding has led to some of the controversy surrounding the twinned shows. Certainly, the wrought financial relationship between Germany and Greece makes for an interesting dialogue, as does the examination of the ways in which southern and northern European countries treat their refugee population, however it has been impossible to ignore the objections from many who feel they are being exploited or ‘othered’ by the shows.

Much of the featured work circulates themes of resistance, protest, politics, nationhood and identity. Frequently these works are intelligent and articulate in their discussion of these themes, yet, surrounded by Documenta branding and the art world literati from across the globe there also feels a distinct sense of disconnect from the reality of these issues. Pieces which make particular impact are specific and often contemporary in the stories they convey. One striking piece is the film and report by UK based research agency Forensic Architecture, working with the Society of Friends of Halit Yozgat, a young man who was murdered in a racially motivated attack in Kassel city centre a decade earlier. Sámi artist Marét Ánne Sara highlights the purposeful erosion of her culture and rights in Pile o’ Sápmi, a collection of photographs depicting her protest of the reindeer cull in visceral detail, alongside intricate assemblages from bones and found material.

Where the work moved outside the large and crowded main exhibition centres there were some results which felt more as though they were engaging with Kassel and the dialogue between northern and southern Europe. One piece which did this effectively was Irena Haiduk’s Spinal Discipline, which featured her ‘Army of Beautiful Women’ who walked through the city streets, copies of Proust works balanced on their heads. The groups are non-homogenous with women of various ages, shapes and race taking part in this army of beautiful women. A confidence in marking a definite presence within the streets of Kassel, beyond the boundary of the main exhibition areas and into the businesses and major roads of the wider city – seems to be the piece that effectively does this.

Each performer is forced into a straight upright posture, which could recollect society schooling but here seems to rather ensure the participants walk tall, with confidence. Literally, their heads are held high. Books slip and a hand is raised to steady them, a giggle and glance shared between the group. Here, there is a sense of collegiality between the women – they are confident in their taking up of space within the city. A group that is noticed, claiming a place, without apology. It feels like the oracle have emerged into the urban space of northern Europe.

Haiduk also oversaw the production of shoes worn by these performers, but also all female staff at both Documenta sites, under the label of Yugoexport. This understated intervention in the everyday demonstrates the ubiquity of mass labour and the often overlooked production of objects, as opposed to the art labour on show within the two cities. Yugoexport functions as a means of highlighting the labour force making these objects, speaks to the unknown labourer and chain of retail. However, it is also important to note that there is a particular quality of form in the shoes themselves, they are a considered style which is elegant as well as functional.

One recent event which highlights the nature of protest and displacement was not commissioned by the Documenta 14 team. In May the LGBTQI+ Greek refugee support group members were invited to participate in an action involving a replica of the ‘Oath Stone’ sculpture by Roger Bernat. The group held the piece hostage and released a video explaining their objection to the ‘fetishisation’ of their cause by an exhibition that would swiftly leave the city and the lavish spending by a festival claiming to be ‘learning from Athens’. However, Bernat had made multiple copies of the work, so the stone could continue on its journey from Greece to Germany. As always it is perhaps what is happening on the periphery which is the most telling.