Documenta 14: Spending time with others - a-n The Artists Information Company 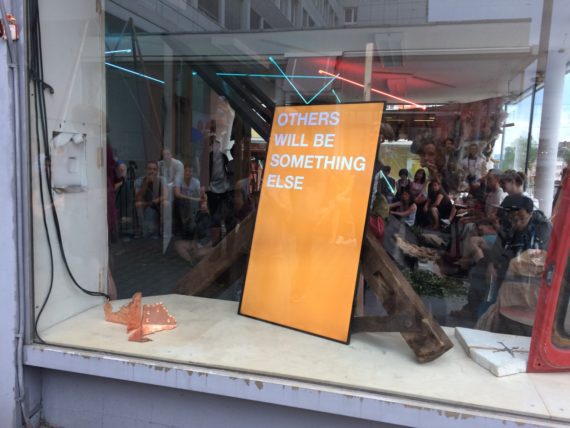 Travelling by train across Europe to Documenta 14 with other artists from Wales, I dipped into a book by the former Greek finance minister, Yanis Varoufakis in between chats, train changes and watching the passing view.

In And the Weak Suffer What They Must? (2016), Varoufakis critiques the tendency of the European Union to support its strongest economy, Germany, at the expense of weaker deficit economies, particularly Greece.

On returning from Kassel I read an online conversation with iLiana Fokianaki http://www.art-agenda.com/reviews/d14/ in which Varoufakis questions the curatorial premise of Documenta 14 Learning From Athens, describing it as ‘extractive’ and comparing it by way of example, to recent EU/German privatisation of Greek airports. Fokianaki on the other hand is concerned that Documenta 14’s use of Athens as a stand in for the Global South creates ‘othering’ and she queries the idea that Documenta as an institution can claim ‘to unite the precariats, the disenfranchised, the dispossessed, and the indigenous of the world.’

Not having been to Documenta 14 in Athens myself, I asked German artist, Lisa Wilkens (who, on returning from Athens, met up with me in Kassel), what she thought. We had previously collaborated on a project about the Welsh Marxist cultural theorist Raymond Williams and are both interested in the pursuit of art as a means of revealing underlying economies and ecologies. She replied that while she agreed with Varoufakis that there is a disappointment in Documenta 14 not mentioning the Troika or the real responsibilities for the economic crisis in Greece, it was interesting to read Varoufakis’s article because there is not a single mention of any of the artworks contained within it.

I agree: a whiff of ‘disaster tourism’ (in Varoufakis’s words) may have permeated Documenta 14 but it was art that animated our discussions. Janet Strachan, a Climate Change Policy Advisor I also met up with in Kassel, described a weird sense of being a privileged tourist in a world of calamity. The only antidote being Roee Rosen’s video The Dust Channel, which ‘laughed at our dilemma.’ 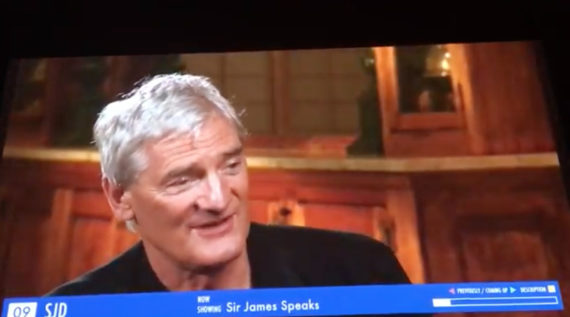 Following the suggested itinerary of the Documenta 14 curators, my group of peers first visited venues to the north of the town centre and encountered a number of works that snagged our mutual attention, including Jonas Mekas’s 16mm film, Reminiscences of a Journey to Lithuania (1972). The footage of Mekas and his younger brother (who had both emigrated to the US in the aftermath of WW2) joyfully and energetically scything in a line with their older brothers (now working on Communist collective farms) and the repeated scenes of Mekas’s elderly ‘mama’ walking lithely to and fro and cooking food outside seem at once ecstatic and full of loss. In Mekas’s spare and poetic commentary to the film, he talks of envying the serenity ‘at home, in mind, culture’ of a friend who, unlike Mekas, had not left his place of upbringing. 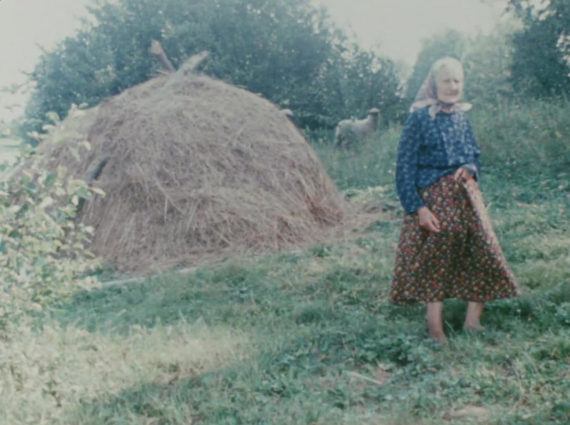 At the Neue Neue Gallery, the partially disused main post office of Kassel, we were gripped by Arin Rungjang’s film 246247596248914102516… And then there were none (2017), in which a voice recounts the experiences of the Thai Ambassador to the Third Reich. As the ambassador describes hearing the sound outside of Russian soldiers drilling their way into his Berlin bunker, the film shows workers drilling into the enormous casing of a cast replica sculpture of Bangkok’s Democracy Monument. Then, as the ambassador describes walking though the ruins of Berlin, the film shows an aerial view of the vast foundry site where workers with makeshift safety gear move between piles of dust and debris. Unexpectedly, the narrative shifts to the 1980s where a young man’s voice recounts how his Thai father was killed in a racial incident in Germany. Given time, there are layers of knowledge, interconnections and experience to uncover in this work. 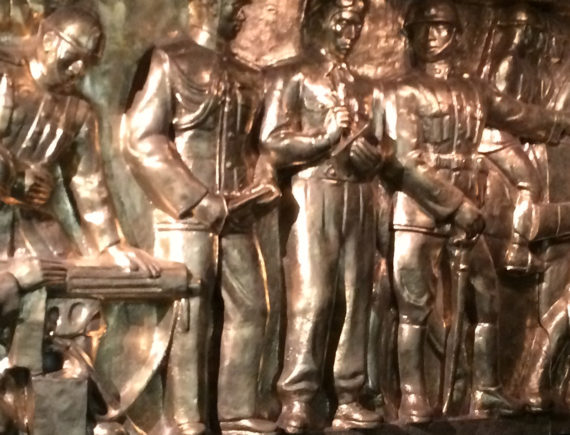 On a nearby concrete pillar, an unexpected installation of paired gelatin silver print photographs brings a pleasing note of aesthetic restraint but the caption reveals that these were part of a huge collection created by Algirdas Seskus in Lithuania between 1975 and 1985. In the caption, Seskus states: ‘The Second World War was not over for us until 1990 when the Soviet Occupation came to an end. I guess I was always looking for some kind of truce.’ 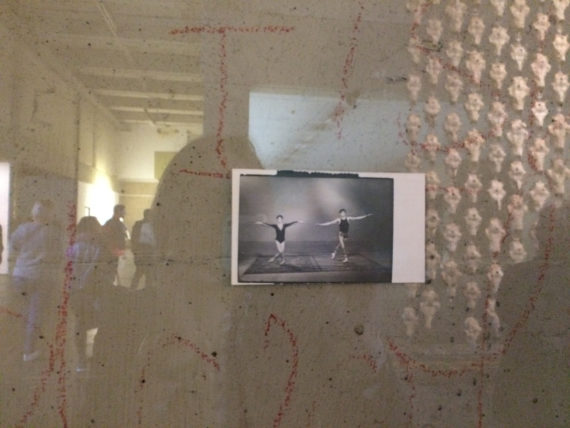 Upstairs, in Irena Haiduk’s complex installation (SER, 2015 -) with live female performers and an audio conversation in the dark between Siri type voices, I found it hard to resist the black Borosana shoes, ergonomically designed, tested by the Borovo shoe factory female workforce and mandatory for female public sector workers in Yugoslavia from 1969. Retro commie chic ‘disaster tourism’ fashion maybe but they feel good to wear and nudge the question for women purchasers: What is your work? 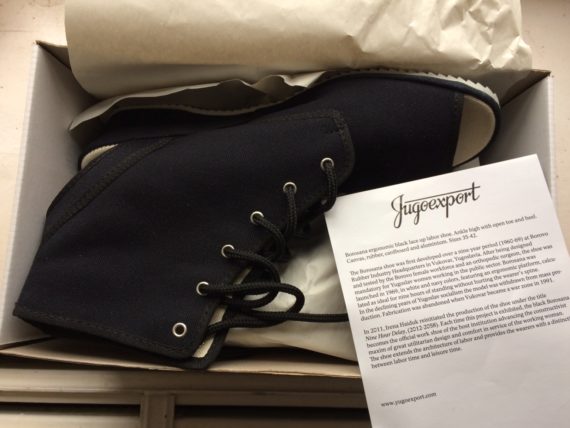 Throughout the Neue Neue Gallery, disparate elements of artworks, artefacts and documentation caught my attention.

The gaze of a Criollo horse holds the camera in Ross Birrell’s fragmented ‘reconstruction’ of Tschiffely’s epic ride from Argentina to New York.

The lifeless gaze of a culled reindeer and extracts from legal documents contesting a forced cull of Sami reindeer by the Norwegian Government are documented in an installation by Maret Anne Sara (2017).

A photograph of a group of children in an Athens school debating whether to allow an ‘oath stone’ from the ancient Agora Athens to go to a former Third Reich outdoor theatre near Kassel is part of the large-scale documentation of Roger Bernat/FFF’s project, The Place of the Thing (2017).

Bereaved family members from Kassel’s Turkish community are filmed marching with activists through the streets of Kassel with an image of their murdered relative, Halit Yozgat, around their necks: he had been murdered along with seven other men from Turkish communities in separate German towns by Neo-Nazis but German police, presuming that the murders were carried out by Turkish mafia, had failed to pursue this line of enquiry over several years. This is part of an installation by the Society of Friends of Halit ‘so that the shots be publicly heard.’

From the back of a van, birch branches give an overpowering smell of someplace else and a video projection screens people improvising and making things in back yards somewhere in Europe. This is part of the documentation of Sami architect Joar Nango’s project, European Everything (2017). Later in one of the glass pavilions on Kurt Schumacher Strasse, I attended a similarly birch scented performance with Joar Nango, Wimmi Saari, Anders Rimpi, Martin in’t Veld, Uraraqk and Tarrak. Given Documenta 14’s curatorial statement South is a State of Mind, it was interesting how much room was given to work by Northern indigenous artists, such as Greenlanders and Sami artists.

I shared an appreciation of the disparate nature of the Documenta 14 settings with Helena Raspo, a curator and art historian from Buenos Aires who I met during the professional preview. Helena suggested that Documenta gave her the opportunity to see art not common in Buenos Aires: at Documenta ‘you can go to a museum or a shed and you see the aesthetic of the place so every installation, performance or video art dialogues with the building without denying or erasing the reality.’ For Helena, this experience makes us ‘meditate not only about art, but also why humanity is where we are.’

Other highlights for me included Naeem Mohaiemen’s absorbing and enlightening film at the Landesmuseum, Two Meetings and a Funeral (2017), which incorporated archive footage about the international Non-Aligned Movement. It was good to see archives from the past re-presented as fresh opportunities for learning and change, including the documentation in Documenta Halle of Anna Halprin’s dance deck from 1954 and multiracial dance workshops. 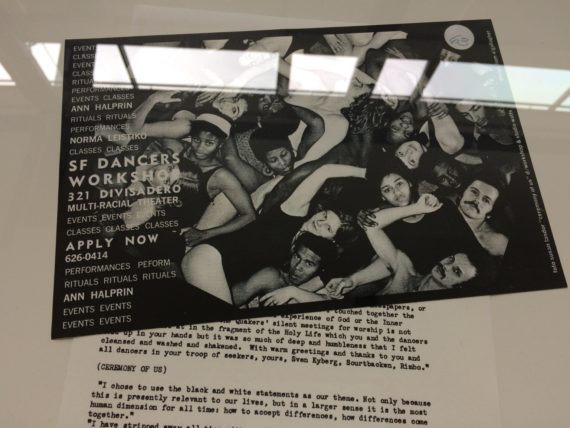 I also appreciated works made from a very personal perspective but in a way that was, in the words of my fellow Welsh artist, Stefhan Caddick, ‘much more about ideas and politics than artistic ego’. For example, at the Museum fur Sepulkrakultur, Thomas Dick’s early 20th Century idealised photographs of anonymous members of the indigenous Birpai community in Australia were re-presented (along with new captions identifying the people depicted) by John Heath (born 1951) whose own relatives were included in the photographs. 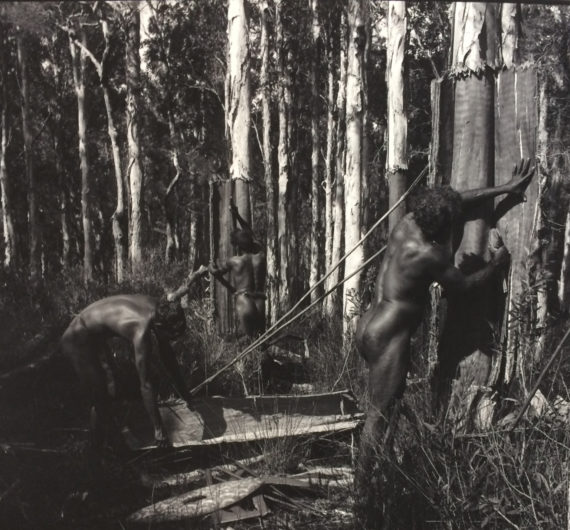 While it was good to plough through the larger venues, such as the Neue Gallery and the Fridericianium to get a sense of the overall curation of Documenta 14, the work at smaller venues, including the Naturkundesmuseum, Landesmuseum, Torwache and Palais Bellvue, seemed somehow more dynamic and exciting. There was again an ecstatic presentness about some of the work that reminded me of the slow time feel of Jonas Mekas’s film, Reminiscences of a Journey to Lithuania but without such an overwhelming sense of loss. This included Gauri Gill’s work made in collaboration with Warli artist Rajesh Vangad, Abel Rodriguez’s drawings from the series Annual Cycle of the Flooded Rainforest (2009), Khvay Samnang’s video Preah Kunlong (2017) made with choreographer Niget Rady in collaboration with the indigenous Chong people of Cambodia, and finally, Rosalind Nashashibi’s film, Vivian’s Garden (2017). I spoke to fellow Welsh artist Tessa Waite about what it is in these works that attracts. There is a sense of nature, food, resources, culture and perhaps an immediacy, simplicity and directness. Equally, like Mekas’s film, none of this work feels over romanticised or detached from lived realities. 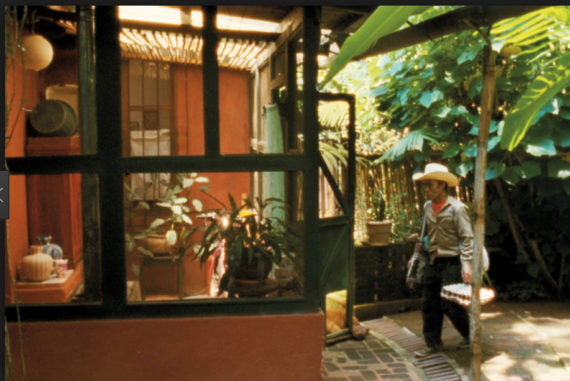 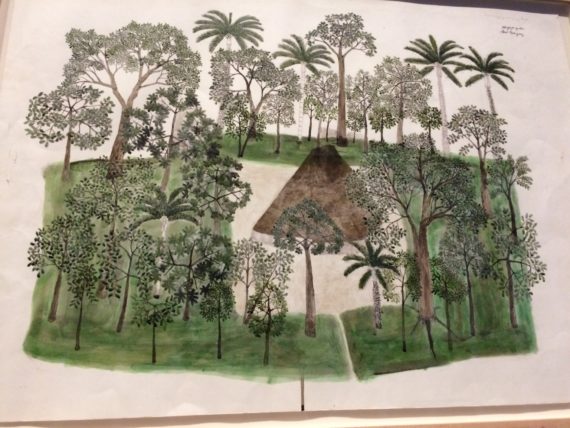 There are plenty of ‘other’ perspectives at Documenta 14 – some radical, some marginalised, many both – and I found them absorbing and consciousness-raising. While scrutiny of the economics and ethics of institutions is necessary as Varoufakis’s suggests, it is at the level of the artworks that communication and learning is achieved and disseminated. Who wouldn’t want to engage with the complex ideas and responses, for example, of someone who has grown up under communism, or in an indigenous community? Or who is living in a developing country currently undergoing rapid modernisation, or on the economic margins of Europe? Picking up on Irena Haiduk’s ideas on commodity, I feel Documenta 14 gives us opportunities to engage with the ‘orality’ rather than the commodity of other voices. The opportunity to do this was much appreciated by this member of the precariat who was able to travel to Documenta 14 from Wales thanks to the support of an A-N bursary! 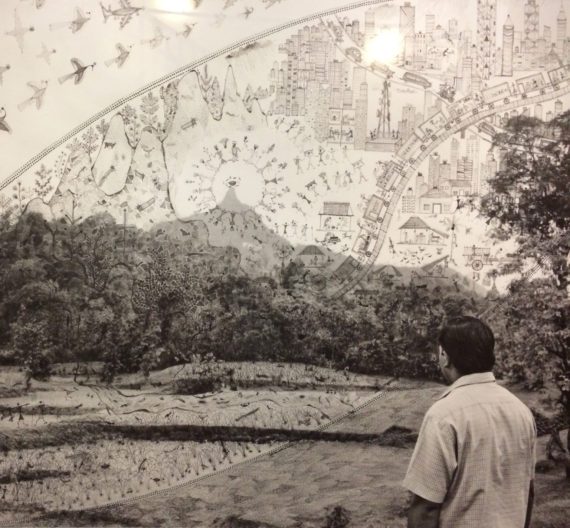