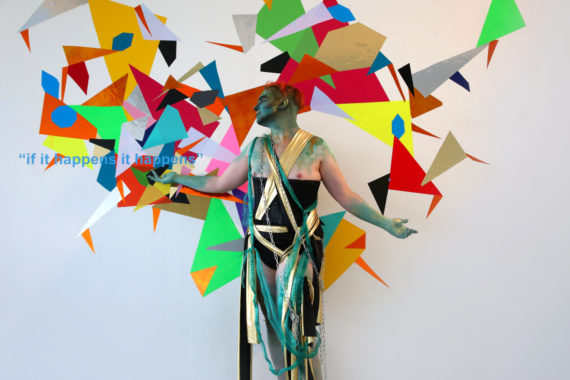 Orchestral Manoeuvres In The Dark released Enola Gay in September 1980, in the midst of The Cold War. Enola Gay, named after the plane which dropped Little Boy onto Hiroshima, was banned by the BBC from Swap Shop because it was considered to have the potential to corrupt the sexualities of its viewers. 38 years from this alleged sexualisation of war crime, Alex Billingham’s exhibition Ashes to Ashes examines a fetishization of the horrors of war and the struggles of the post-Brexit queer. 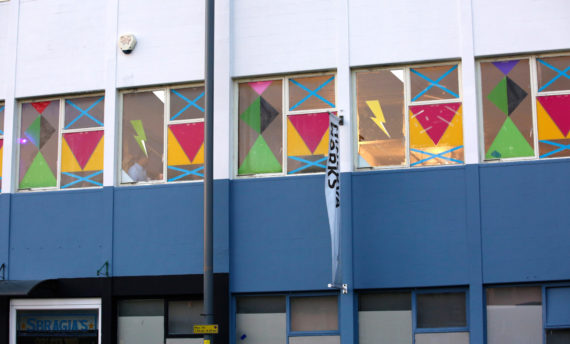 As we walk down along Fazeley street towards Stryx, the windows of the gallery infiltrate the outside world. Blocks of neon vinyl fill the window panes to combine the branding of civil defence and queer culture. Noticeable from major public transport routes including the train line, the symbols make a bold dent in the industrial landscape of Birmingham. This creates an oddly nostalgic visual dialogue; This use of colour and shape in a white-washed warehouse gives a vintage nod to the ‘duck and cover’ era.

The exhibition has a DIY quality to it, mirroring the frantic attempts to create safety by the working classes. Central to the exhibition is Alex’s life-sized recreation of Little Boy – retitled Little Boi in a manipulation of language which nods to 2018’s meme culture. Little Boi (or, indeed, Little Boy) is a sexually aggressive term, said in order to dominate the male and immediately denounce masculinity.

During their performance, Alex carefully places ‘future minerals’ (grown by process of nucleation) onto Little Boi, adorning a phallic object depicting white masculine power with sparkling colour. Future minerals amalgamate pollution and nuclear waste, produced by Alex’s creative “make-do-and-mend” adaptation of a terminated environment. The materials used to create them are topical in 2018; make up and nail varnish face numerous ethical interrogations involving their manufacture and ingredients. Meanwhile, the many uses of copper sulphate include ink, hair dye and testing for anaemia, whilst other medical usage has been retracted due to toxicology of the product. The minerals depict contrasting paranoias to conserve the Earth for future generations and the existential need to leave something of ourselves behind. There is a comfort in the process of crystallisation; An organic structure is produced from chemicals, instilling natural growth from contamination.

Alongside the minerals’ components, Alex’s appearance combines body paint and glitter to create a strong 80s visual revival. This exhibits the space-age image of LGBTQ+ individuals as presented by musicians and entertainers during the 1980s, realising this visual character in a futuristic context. The sexual chameleons portrayed by queer musicians during the cold war occupy a futuristic space, projecting sexual and gender minorities into revolutionary messianic positions and opposing their current suppression. Stepping in as onlookers of Alex’s future, we see the genderqueer character of The Cold War quietly surviving in vulnerable conditions – significantly contradictory to the glorious status of legendary star men. 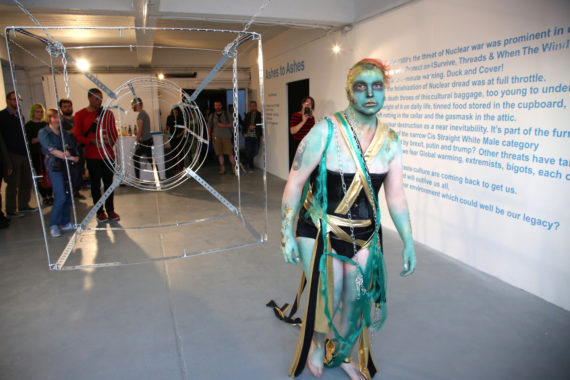 During their previous performances, I have seen Alex’s actions as impressive displays of their body’s resilience, but the personality that is presented to us in Ashes to Ashes is fragile, broken and frightened. Whilst Alex’s work frequently incorporates kitsch visual elements of sci-fi and fantasy, this character became a painfully real-life scenario to the viewer. Prompted by Alex’s frustrations as they break their nervous stutter by shouting or singing (‘please release me/let me go’), the audience take an Orwellian Big Brother responsibility, watching approvingly over this character’s actions. The walls of their shelter are transparent, allowing us to invade and removing any privacy within the existence of this character. Watching Alex rummage around in their hide to construct ‘future minerals’, I felt rather as if I was looking into the hutch of The Future’s pet, existing within and making best of a situation out of their control, rather than an autonomous being leading life as they choose. Despite our currently superior position, as an audience member this was an uncomfortable performance to watch; Alex has positioned us in the role of a rabbit reading Watership Down and we become aware of our own inevitabilities.

As Alex scrambles at the sound of an air raid siren, we are free to further investigate the space. The projection space of the gallery has been divided away from the main gallery by a newly built wall – an action which is quiet yet beautifully ironic amidst an exhibition considering the threat of the powerful white male. A 35-minute film responding to the research behind this project is shown in this dark space, surrounded by under-lit crystals. Combining microscopic footage of the crystal growing process with visuals from apocalyptic narratives such as Threads, it becomes apparent just how harrowing the research undertaken for this project would have been. The saturation of media dramatizing the impact of the Nuclear threat only further fetishizes the potential brink of loss of life as we know it. Meanwhile, text featured in the film is transferable; origin is purposefully unclear and blurs the boundaries of the language of historical threat and the tweets of world leaders. 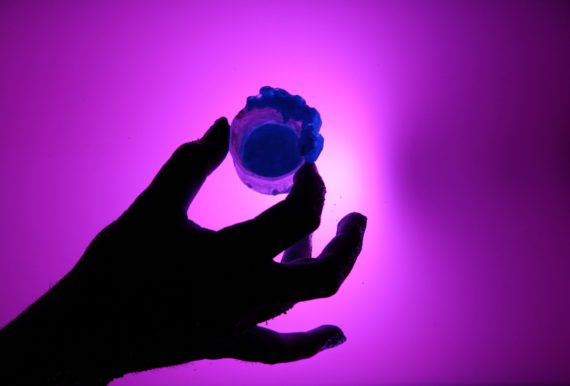 During the opening event, I enjoyed dialogue regarding the role of the cis straight white male in times of war. The accompanying text of the exhibition, filling a wall of the space, acknowledges Trump and Putin, powerful white men, as the damaging world leaders behind 2018’s “vile new world order”. Historically, young white men are considered the most disposable figures in times of conflict, drafted in to service based primarily on date of birth. A noticeable separation has since split the white male into two categories: the activator and the victimised. The activator voted for Brexit and will benefit from it, whilst the victim struggles with their identity, has an ‘unconventional’ sexuality and may have a non-British/American cultural heritage – therefore deemed punishable by society.

As Alex’s text acknowledges, despite a rising in political tension, 2018’s climate has now replaced the fear of there being no tomorrow in the event of sudden Nuclear attack with anxiety regarding consumption that has a negative longevity in its effects. We frantically make personal and capital alterations to preserve the planet, whilst the idea of immediate destruction frequents meme-humour. This enables a further perverse fetishization of impending doom; the millennial mentality embraces temporality of existence as a justification to take risks and do what we want. 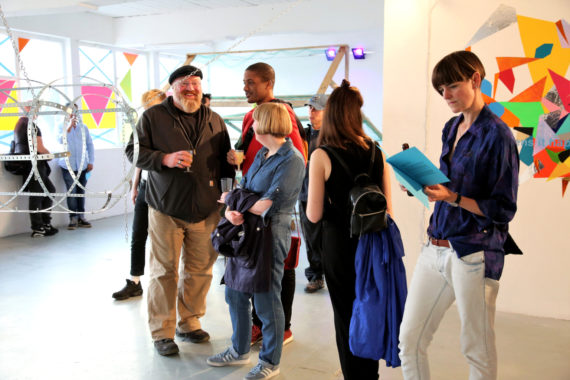 Despite a concept that has been relegated to digital communication, the exhibition reenergises our understanding of behaviour in times of threat and reapplies this danger to the reign of the cis white male. Alex paints a very bleak picture of the potential conclusion of society as we know it. Ashes to Ashes takes form of a cautionary tale regarding a threat that, perhaps, we have been too quick in consigning to history.