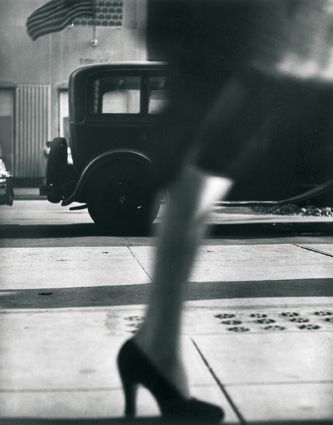 In our every day life, we often walk speedily down a busy city street, eager to perform our daily routines in a particular time frame, one that doesn’t allow us to stop and observe our surroundings.

Sometimes however, we find ourselves involuntarily shifting our focus: we realise that for some reason we are phantasizing over the face of a passer-by we just caught a glimpse of, trying to imagine their life. There is something fascinating to us about them that we just can’t pinpoint.

Lisette Model, from the 1930’s to her death, made precisely this aspect of cities, the way in which public places are inhabited, the main subject of her photographic work.

Her exhibition at Jeu de Paume gathers what is considered to be her most characterising work, taken on the streets of a 1930’s Paris, in the Lower East Side and bars of New York, at the San Francisco Opera.

Her series “Pedestrians” in particular focuses not only on the physicality and expressive quality of her subjects taking ownership of their “personal space” on the city street, but also on how fragments such as the presence of a leg or a foot on a pavement can alter the perception of an image and bring a sense of movement to it.

Model possessed the ability of transforming a faceless crowd into individual entities oozing personality with the use of her camera.

Her work provides a source of inspiration, and can be used as a starting point not only for those practicing street photography, but also for many of the contemporary artists interested in using the concept of the city and its associations as themes to their work.

It furthermore succeeds in satisfying many curiosities for anyone willing to embrace an alternative exploration of “life in the big metropolis” as it was in the past. 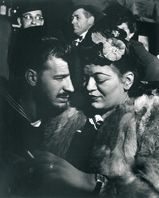