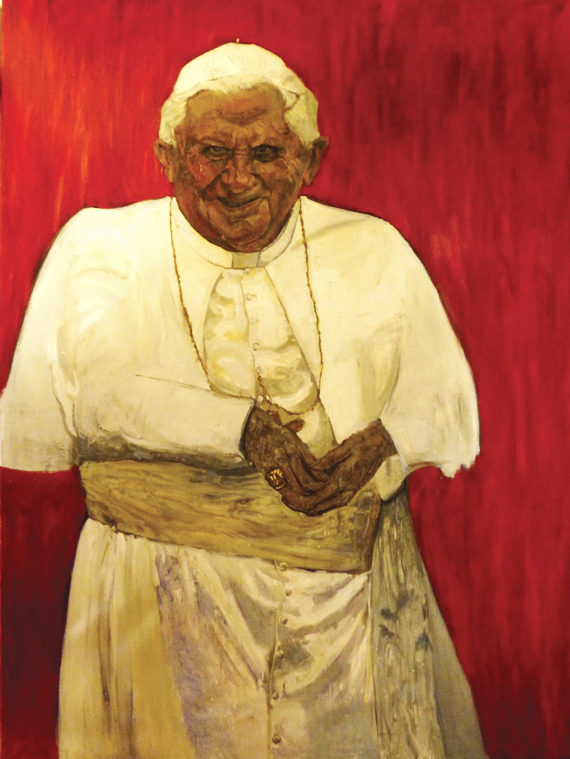 Frieze London Art Fair, love it or hate it, energises the city in a way no other annual event achieves to do so. On a global scale, the movers and shakers descend into town for their annual pilgrimage. This year was fun, was stimulating and was repetitive simultaneously. A cornucopia of 160 galleries and over 1,000 artists from 31 countries. To spice things up, a challenging performance by the collective SPIT! ( Sodomites, Perverts, Inverts, Together!) produced a series of honest manifestos in the post-truth era. The special section dedicated to Sex Work: Feminist Art & Radical Politics to Focus added a focus on underrepresented expressions in a market driven platform. Further away, around the Week, you could have a complimentary cup of coffee with the artist, your aura photographed (mine was an explosion of orange meaning happiness) or going back to the old-fashioned arts salon and discuss art, politics and ideas with other like minded creatures. More of it, later. 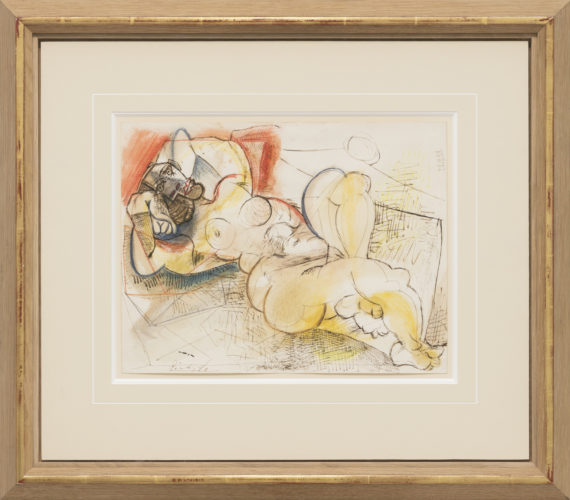 Gagosian Gallery, breaking away from the custom of solo presentations in previous years, curated a comprehensive group of over 100 drawings and works on paper by modern and contemporary artists. From Picasso to Damien Hirst, it was a great example of the relevance of drawing in the history of visual art. An imposing over 3m tall Ugo Rondinone prehistoric aesthetic sculpture welcomed you before moving on to the fried eggs by Sarah Lucas in a cleverly curated booth by Sadie Coles. Meyer Kainer, from Vienna, opted for a geometric minimalist landscape that provided an intellectual breath in an overloaded scenery.

Venturing out, the Sunday Art Fair displayed a braver, more cutting-edge narrative in today’s artmaking. The no walls policy developed into unexpected dialogues between artists from different galleries and among artistic spaces too. A manageable size. It remains one of best examples to view contemporary art within a collective context. Art is never made in isolation.

Wanted to have a cup of Turkish coffee with the artist? The con-artist Daniel Devlin invited passers by to do so during Sluice, a biannual arts platform focused on artist-led spaces. Just for £1, Devlin would sign the cup for you. Your aura photographed? Lauren Baker launched her new studio and exhibition space in Covent Garden with the show titled: “The Colour of Energy”. The works mainly on neon and ink on canvas with the timely message of “We Are All One” takes light as a sculptural medium to a new level. Profound and depicting beauty in a magnetic manner.

Rare books and archival photographs from New York in the 80’s? A magical combination! A survey of photographs by Ben Buchanan at Peter Harrington‘s titled: “The show, History is a Nightclub: Downtown Area, NYC, 1983-87” provided a privileged view of Basquiat, Warhol, Haring and Grace Jones having a good time. A signed first edition of Far East by Cecil Beaton or, if you felt adventurous, the first edition on How to Cook a Wolf by Fisher. Nothing of the sort, a humorous book, published at the height of food shortages during the Second World War, offered housewives advice on how to achieve a nutritious diet with limited ingredients. Its main space, a four storey shop in Chelsea, is worth a visit.

Alex Katz: 70s / 80s / 90s at Timothy Taylor Gallery presented drawings, paintings and sculptural work in a solo show. A superb display of Katz’s versatility and imagery for an artist that understood Instagram, and the way we see ourselves, in a pre-internet era.

Finally, the Arts Salon Concilium, a series of soirees, organised by Notting Hill Incognito Art Gallery, in the old-fashioned manner where the lucky invitees met and discussed art, ideas and life in a sophisticated ambience. Guest curated by the Mayfair Gallery chief curator Mara Alves, now moving on into independent projects, visitors were personally introduced to the artworks of Sarah Butterfield, contemporary Impressionism at its best, Rodolfo Villaplana, who depicts flowers with the same crudeness and talent as Bacon did with the human body, and a guest artist. As Alves explains further:

“In a time where people want to reconnect and be part of interesting events where they can just feel involved but not overwhelmed, I have organised an Arts Salon to present intense and quality artworks by Villaplana, Butterfield and other artists inside a very intimate and inspiring classical environment with a limited number of viewers per day, to encourage discussion and insight in an artistic setting”.

A privileged experience. Now back to normal. 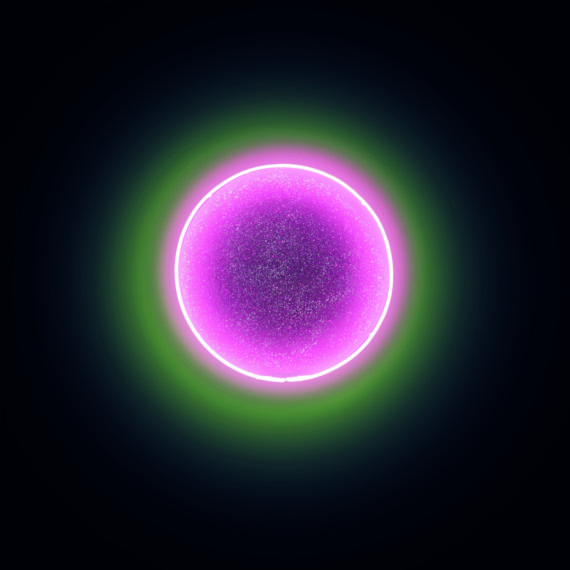 Artist, writer and curator based in London and Valencia. Belenguer has collaborated with The Guardian, The Independent and many other specialised Art Magazines such Sluice, Artlyst and FAD. Belenguer's art is strongly influenced by Minimalism. He exhibited and performed at The Serpentine Galleries, TATE Modern and the 56th Venice Biennale. More info at his website www.LorenzoBelenguer.com