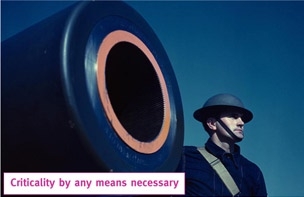 It’s all going on here in Berlin, it’s happening and it’s hot ! The 5th Berlin Biennale is reaching it’s conclusion after two months of exhibition and day and night events. Now the NEW LIFE BERLIN Festival has opened and is running 1st to 15th June. Set up to run parallel to the last fortnight of the biennale, NEW LIFE BERLIN is a contemporary arts festival dedicated to new modes of moving and existing. Taking its outset in the participatory art community www.wooloo.org, the festival aims to “connect the critical resources of a global network of artists with a specific geographical location of importance to transnational cultural production.”

Responding to the call put out by Wooloo online, artists from all over the world have come together to make works in Berlin that are socially engaged and participatory. Twenty projects are being developed throughout the duration of the festival that address the three festival themes : Transnational Communities, Artistic Social Responsibility, Participation and Intervention.

Few are object based and most are addressing aspects of identity, migration, settlement and integration, social and economic inequalities. Some are a whole lot more fun than one might expect given such a sombre mission statement. Spoof TV shows are being produced, artists are assuming fake identities and living for two weeks as though in a reality show. Others as one might expect, are pretty tough in both content and ambition. One, Flash Job Campaign has artists going into areas of deprivation in Berlin to find youngsters to introduce to local employers to give them a taste of the world of work. Ethical issues are being fiercely debated as one might imagine as both artists and participants wrestle with the whys and the wherefores of such testing practice. Projects will be developed and realised over the next fortnight at locations across Berlin and beyond, some in other countries, some online. Meeting points across Berlin also act as focal points for the discussions between the New Life community and the vibrant and hospitable Berlin arts community.

One of the projects is Open Dialogues, a UK initiative devised and run by writers Mary Paterson and Rachel Lois Clapham. They have selected a group of eighteen international writers to come together to form a writing community who will be embedded with the artists throughout the festival. I am one of the writers who has come over to Berlin. We will write reviews, opinions and interviews and develop a new model for critical writing in relation to the three themes of the festival. We will be uploading writings to the Open Dialogues blog, www.wooloo.org/opendialoguesblog, producing flash printed publications for distribution throughout the festival and hosting a Live Review of the project on 7th June.

So far so good, so what exactly is happening ? An excitable opening reception on Saturday evening was well attended by participants and the Berlin artistic community. It took place in the evening sunshine in the street outside the New Life shop where American artist Nathan Peter has removed ground floor windows to breach the boundary between private and public and peel open to passers by an old and unrestored building in Berlin’s Mitte. Visible from the street is an installation consisting of one of the few art objects in the festival, ‘Eminent Domain’. www.wooloo.org/eminentdomainA series of layered panels made of old advertising hoardings are foil laminated and then drilled and pierced through to reveal multiple fragments of images combining classical painting and tawdry advertising images, so reflecting the fragmented and fictional architectural and political history of this fascinating place. A huge party in Berlin’s Scala later on that night launched the festival well and truly.

Now however it is down to the serious business of making the work happen. For those of us from Open Dialogues who are here to observe and critique it, there is the emerging challenge of how to interact with artists who are far-flung and art that is fairly invisible so far. Indeed aspects of it will remain so as the artists and participants interact on and develop projects in ways that are sometimes described by specific rules that do not necessarily include audience.

So we Open Dialogue writers are replicating the networking phenomena that is Wooloo and are relying on wireless opportunities where we can to set up meetings with each other and with the artists and to get dialogue going about what is happening and why. For it is the dialogue and exchange, the reciprocity of it, that is the currency of this festival. It’s a challenge and it’s going to be interesting to see how well we can meet it.

Clare Carswell is a performance artist, curator and writer, working from her studio near to Oxford, UK. www.clarecarswellperformance.com She is Curator at COUCOU Arts, www.coucoucuration.com where she runs the DWELL residency programme for women artists over fifty and the Art Pitch residency programme.