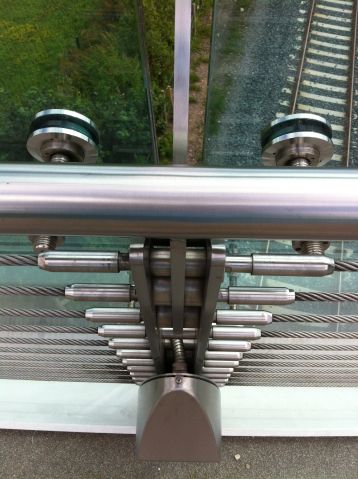 Throughout the 1600’s the Crown had a rocky relationship with the City Of London or as we otherwise call it ‘The Financial District’, think about Dave and Boris today when things get a little tense. Kings were always looking for ways to control the City and strengthen their own regal grip on what we now call Great Britain and The Republic of Ireland. Charles II even tried to shut down the ‘City’s’ beloved coffee houses in fear of the power these dens of academic iniquity harnessed but he lost the fight and his head.

In 1613 James I had instructed a reluctant City Of London to take over the affairs of a plantation process that had already been in full swing in County Derry. Many of the local catholic inhabitance had been reluctantly moved from their homes in order to create a settlement with stronger protestant ties to the Crown.

By 1630 The Londoners had been of accused of turning the plantation into a business. Lengthy legal proceedings followed with their titles and castles being seized by the king. After years of heated discussion in the courts all of the charges brought against the City came to nothing. The documentation of these dealings were collated into one large compilation entitled the ‘Great Parchment Book’.

400 years later and with a bloody history of divide fully woven into the history of Derry/London Derry I was flown out to experience a little of the 2013 City Of Culture and also the preview of Partition at Void Gallery in conjunction with Static in Liverpool. I spent a hot sunny day wondering around, taking in the sights of a place not dissimilar from any regular town or city. Children played in the fountains and old men drank Guinness in the bars watching the horse racing.

I walked around the historic walls built in the plantation and felt little more than any tourist taking in old stones. Then I came to The Peace bridge, a vast and standard modern metal and glass goliath spanning the River Foyle. This type of Bridge exists in many cities without being imbued with the accolade of ‘peace’ but where this bridge takes you is unlike any I have crossed before.

Once across the bridge you face the decommissioned British Army barracks. These structures were built to house soldiers whose role was to maintain and observe the faltering control established during the plantation. Ebrington Square, the empty parade area in front of the main building feels like a ghostly memorial ground despite the colorful flags and banners bearing the City Of Culture logo. Huge sculptural slabs of concrete line the garden like tombstones and sentinels or road blocks. I remember having a similar feeling after visiting what remains of the Berlin wall, kept only as a cultural testament to the past.

I was invited by Void gallery to write for A-N and being an artist myself its difficult perhaps pointless not to take in these experiences without soaking up their weight with a critical eye. So with that in mind the scene is set and Derry is a loaded environment despite the Guinness and the fountains.

As I arrive in the gallery I notice a sign boasting a clothes hanger signifying the buildings former function as a shirt factory. I found this amusing seeing as I had accidentally brought a similar item with me on my journey.

Void can host more than one show and there in lies Partition’s first problem. There is firstly a reading area that provides an accessible history to Derry in various photography books. Entering the space there is a U shaped seated area not unlike a college classroom or a makeshift council chamber. Each place had a name card for each of the participants. There are annotation sheets with Partition’s graphic adorned on the sheets. Would there be any need of such things in the preparation of any other show? These seats have been sat in and the notes have been made. Abstract doodles and stained coffee cups are the remnants of a debate.

Next to the council chamber is a wall, a make shift wall exposing the load bearing shafts that hold up the panels that block another space from view. This is a busy room given how little a show can be comprised of. The supporting exhibition text explains the intent of exploring the process of putting on a show and ‘what if anything should go into gallery 2’.

I drift out of the intended space confused about where I should look next. Another space is open and a natural pathway from ‘Room 1’. Large photographs of the concrete wall slabs dividing Israeli and Palestinian territories are on show, then more photographs of Ireland throughout ‘The Troubles’ and then a gap in a make shift wall. Between the gap I could see a camera on a tripod in an otherwise empty room.

I return to ‘Room 1’ where I meet Paul Sullivan from ‘Static Gallery’, the other half of this endeavor. I ask him about the other show and the camera and the obvious links to this city’s historic situation coupled with this ‘Partition’. Paul informs me that the show had not originally been intended for Derry and that all these intruding political and curatorial factors were simply chance.

This is a situation were the term ‘Too Perfect’ rings too loudly true. ‘Partition’ is a show about a process and the divide between that process and its outcome. Its a clean enough idea but it needs its own room to breath. Imagine an internet page where the hyperlinks to relevant material are flashing on and off in a kaleidoscopic array of color in the middle of the text you are trying to read, your ability to read your intended text is polluted by context.

Or, given that empty rooms have been shown before, the context of this environment breaths new life into the idea of space?

Despite all these glaring intruders what remains or has returned for the preview is half of the original Writers, Artists and Theorists who sat in the college of councilors for two days deciding what goes into ‘Gallery 2’ in the first place. My discussion with Paul has inspired a return to the tables to reignite the debate over ‘what if anything should go in gallery 2’. We take seats and over the next hour a new discussion takes place providing a critical response to a two-day debate which resulted in ‘Gallery 2’ being left empty but for a camera on a tripod to ‘observe’ the empty space on a flat screen in ‘Room 1’.

A long time ago I partook in some recreational drugs. I found myself talking about the fact that I was talking and the more I spoke the more I perpetuated my speech about speech. I enjoyed this discussion about a discussion that led to an empty room, it felt like a very Irish situation. I couldn’t help but hang on to the prominence of the external elements affecting the show and the camera in ‘Gallery 2’ denying the room to be truly empty. I wanted to let go and just go with the intent but was this not the intent, to create more debate?

If I had not been at the preview I would not have encountered what felt like a discursive performance about process left as documentation. I would have been faced with a room full of tables a room with a camera, a partition and a photography exhibition about divides. In addition to these factors there was also a large book with the exhibition graphic on the cover entitled ‘Partition’. Inside this thick volume is a transcript of the two days discussion, a parchment book if you will. Flicking through the book its clear that the debate became strenuous and tensions grew and people lost their heads. This Volume may be the show in a stripped down conceptual piece about shows or it may be proof that a lot had happened here in the run up to this all but empty space.

I thought about what the public would make of this given the cultural program and the aims of a City Of Culture. Would they be aghast at the use of funding resulting in another large book detailing a process resulting in nothing and would they think it was nothing? In this case it can be argued that this was art reflecting a problem that has clogged up many local councils in Ireland, too many opinions preventing any outcome.

However this has an outcome and one that may have always been the intention of Paul Sullivan and Void Artist In Residence, Damien Duffy who had chaired both the debate and the critique. This show will continue to weave its web and it did just that as we took the discussion from Void to the bar.

Guinness was consumed and individual opinions about what individuals wanted in Gallery 2 became apparent. The night and the Guinness began to consume the new table so plans were made to bring everyone to the hotel. Then out of nowhere I was told we weren’t going anywhere with me wearing my V-neck jumper without a shirt?

I had worn this light jumper all day in the hot sun and throughout the debate to no ill. I stated it was impractical to wear a shirt of any kind under a jumper in this weather. One by one the table became enraged at my shirtless jumper choice and finally they had all agreed on something. I felt like breaking into Gallery 2 and leaving my Blue V-neck jumper on the hanger I had brought in view of the camera. Perhaps the Shirt factory’s ghost had infected them all over the two days.

The next day with a well-earned hangover I enjoyed a full Irish breakfast courtesy of The irish Tourist Board. After checking out I waited in front of the hotel for a taxi in the hot Derry sun. Just as my cab arrived one of my fashionista inquisitors from the previous night arrived in jolly form. I was informed of how remorseful they felt in the morning and that they all proceeded to put on V-neck jumpers without shirts.

Once in my cab I told the driver about why I was here and what the show was about. He responded smiling “Mad or what?”