Photo 51: from DNA to the Brain - a-n The Artists Information Company 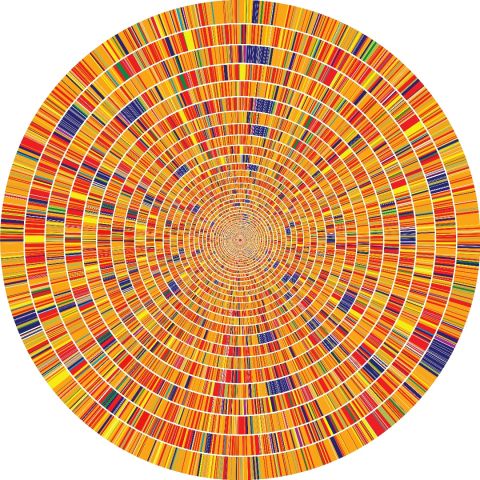 Somerset House in a show curated by the Kings Cultural Institute is currently marking the 60th anniversary of Photo 51, the iconic image that led Crick and Watson to discover the structure of DNA.

To say this image has had an enormous impact on the development of science is an understatement and so, I think, is this exhibition. Such a momentous achievement is remembered quietly, in four rooms tucked away in the basement of Somerset House East Wing. Not surprisingly, now that summer is finally here, most people were out enjoying the sunshine. A few sun shy visitors were however, prepared to re-imagine the lab environment where, Raymond Gosling, Maurice Wilkins and Rosalind Franklin famously worked during the post-war years of the 1950s.

Three artists have collaborated with scientists and crystallographers at Kings College, London and the Medical Research Council to commemorate their achievements. Today DNA is common currency in biomedical research and it is difficult to imagine how it is that a two dimensional image can have precipitated such a profound understanding of our biology.

Christine Donnier-Valentin has an interest in architectural spaces and has caught the claustrophobic quiet of the windowless rooms they worked in. She has photographed everything from the chemical stains on the floor, the test tubes and original DNA samples, to the Victorian water pipes in the corners of the research labs. Documenting their tools and working environment, her photographs will be the last record of the labs before they disappear forever and are redeveloped.

Shelly James has focused on the double helix symmetry of DNA and the X-ray crystallography processes used to tease out its molecular structure. Producing beautiful glass sculptures of moiré patterns and the diffraction pattern in Photo 51. While Marcus Lyon’s photographs explore new ways to communicate contemporary ideas about migration, health, urbanisation and poverty, areas where biogenetics research today plays a hugely important role.

The exhibition’s focus on the image brings to mind the other iconic photograph, Blue Marble, the first full image of planet earth taken by Apollo 17, on December 7, 1972, as it left earth’s orbit for the moon. Both images traverse the extreme ends of our perception and place in the universe. Neither image is one that can be experienced with the naked eye. Both rely on a maximisation of brain power and the highest achievements in technology for their existence.

This in itself must be wondered at: to see through the lens of DNA. However, crystallography, the tool with which we can see it, does not actually show us in conventional terms how light is refracted from its object. It uses X-rays to measure the scatter pattern (optical diffraction) as they pass through the lattice of an atom. The diffraction pattern is therefore a kind of third order perception in line with Plato’s belief that we can only ever have an indirect experience of nature.

Philosophers like to debate whether our perceptions of nature are defined by preconceived structures and languages. Scientists appear to take this for granted: expanding scientific categories is the name of the game and our knowledge is limited only by what we can see. Marcus Lyon explores this idea by playing with colour, symbol and form so that we become aware of how we quantify and qualify information according to visual comparisons and often very slight variances. His 50 Benches (2013), for example, reminds me of Warhol and his teasing out the minute changes or errors in the reproduction process of our iconic images. There is no first image in a series of copies, only a comparative truth that has its parallel in the operational processes inherent in DNA.

Concentrating on what DNA can tell us about the brain, the show looks at how genetic codes are mapped to various neurobiological diseases and pathologies. The key here is the word code, which is essentially, an indexical marker of a relationship between what is recorded in the DNA and what is expressed not only physiologically but behaviourally, as with depression and alcoholism, for example. This code is then annotated and put into a database and becomes a piece of bioinformatics data that can be read and analysed in all sorts of clever statistical ways.

This is all very useful when trying to predict vulnerability to malaria, or susceptibility to neurodegenerative disorders, but what does it tell us about personality or consciousness? Can we find the elusive ‘self’ in DNA let alone in the brain? Arthur C Clarke seemed to think so, and strands of his DNA will be launched into space on the Sunjammer solar sail, in late 2014, for any interested aliens to read at their leisure, if ever discovered. But what would it actually tell them about Arthur C Clarke? Is such an act simply an expression of a successful writer’s ego? Personally I think his 100 books would say more about him, although postmodern theorists would debate this too. It depends on what kind of information you want and what it is needed for – information does not just exist in a vacuum. Another reason I find this such a puzzling thing to want to do. Scattering one’s ashes off Land’s End doesn’t make any more sense, so there is commemorative factor to consider, of course. With this in mind it seems appropriate to celebrate the fact that a single image has propagated so much science. Andy Warhol would be proud. 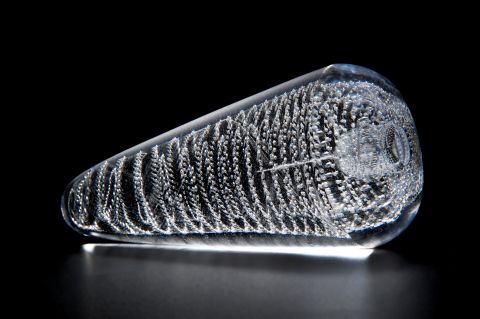