"…..another example of meritless gigantism …..".

Predictably, the poisoned pens were put to paper once again. If art reviewers aren’t capable of stepping out of their cosy comfort zones, they shouldn’t be reviewing art.

Getting out of my third floor bed this morning, I came face to face with a workman in a cherry picker (hydraulic lift) (photo 1). It reminded me of the cherry picker in an installation in Rotterdam’s Boijmans van Beuningen Museum a couple of years ago, which raised me through a hole in the ceiling to a hessian sack stamped ‘Turkiyë’. Inserting my hand into a hole in the sack activated a mechanism that whirred and massaged. A voice emanating from the hole, which was blood warm, rubbery, milk-white wet, repeated continually: “I’m so lonely”. “It’s Nivea”, I was reassured, by the attendant. It was a talking vagina and I was the tip of a penis, ‘shafting’ Turkey. It was being ridiculed by staff and visitors alike.

I fantasised, over breakfast, as to what would have happened if the lift had broken down, they’d brought ladders, which had fallen away, leaving me to dangle, my Nivea’d grip gradually slipping away? It could have been a less honourable death. I could have been hanging, for instance, from the lift in the Eiffel Tower. I could have been dangling at Jules Verne restaurant level, where the only non-meat dish is cheese-topped vegetables and yet a bill, for 4 people, could approximate 600 Euros, a sum which would buy 6 poor families a camel each providing (respectively!) milk and dung for food and fuel.

Which is the more ridiculous, art seeking to sensitise to such inequalities, (or other issues), or the world in which these injustices are the norm? About ‘Embankment’, Independent Online’s ‘original thinker’ reports:

‘Embankment’ like any artwork, depends somewhat upon the perception of its viewers and as far as size is concerned, (14,000 boxes, brought in 40 lorry loads, stacked up to 40 feet/12 metres high, over a period of 5 weeks), it is rightly Wagnerian. The art of installation beguiles the viewer beyond passivity, into a whole body engagement. ‘Larger-than-life’, is theatre, ‘big’ might be a necessary element. ‘Embankment’ takes me back to 1970s London, to the homeless living in boxes under Embankment Station. If there are still ‘tenants’ there, that’s a gigantically meritless social ‘norm’, needing to be protested in ‘big’ ways.

Boxes are seductive. They have to be opened, even ransacked, in the case of the 14 boxes of books I took to a certain Arab state. Fortunately, not among books confiscated, were the two books gifted by my kid brother not long before he died. Such memories added ‘Embankment’ to the list of ‘exhibits I’ve (unashamedly) wept at’, two now in Tate Modern – the first to ‘turn on the waterworks’ being Beuys’ toenail clippings and rosemary for remembrance.

I’ve blubbered, too, in Boston’s Museum of Fine Arts, at their 1987 exhibition of Picasso’s Blue Period paintings. Had Picasso set out to do for blue what Velasquez, Zurburan, Goya, Manet, had done for black? Is Rachel Whiteread doing the same for the ‘colour’ white? Whiteread’s white is a void into which the viewer must pour the colours of his own memories. Boxes are especially susceptible to memory associated with loss, like the tiny china box in which I cherish a red rosebud from a wreath. I’ve read that ‘Embankment’ was inspired by a box once used for toys, then Christmas decorations. Rediscovered when clearing out her late mother’s house, this was an empty box thronging with the phantoms of toys and childhood joys, and of the artist’s late mother. One reviewer writes ironically of ‘never having taken notice of boxes before’. The Turbine Hall isn’t stacked with boxes, but casts made from ten specific boxes. Casts are reminiscent of death masks. ‘Embankment’ is memento mori and the casts are ‘banked’ like detritus left by flood or tide: ‘time and tide wait for no man’.

Martina Smit seems to have sensed both spectral and folkloric aspects of ‘Embankment’. She writes, in Local London:

“It reminds you of a ghostly warehouse, an Arctic landscape, or even giant lumps of sugar”.

Part of this cast-making might be a shamanic-like revivification of the lost. I’ve read that Whiteread’s ‘House’ was an attempt to preserve a history of community about to be lost by demolition. The magic worked. Who will ever forget ‘House’?

I’m in sympathy with cast-making, was reminded in ‘Embankment’ of the rubber casts (photo 2) I made from red clay imprints of an unfrequented beach of exposed fossilised coral. It was always awash with rubbish dumped by passing cruise liners, hypodermics, discarded condoms. The casts were my protest and my way of keeping something I was going to have to leave behind.

Whiteread had been to the Arctic earlier in the year, with scientists and other artists, wanted to bring a sense of that place to ‘Embankment’. It seemed an add-on, until I read that the expedition was about drawing attention to ice-caps that need re-freezing. Casting and freezing are cousins, cryogenic in different ways, preserving from loss. Global warming causes melting ice-caps, flooding, embanking.

Artists, constantly on the scavenge for new images, embrace the uncomfortable, know the rewards. Both my encounters with cherry pickers, the one this morning in Paris, the other in Rotterdam, made me feel exposed, vulnerable. To dismiss ‘Embankment’ as ‘meritless gigantism’ is only about the reviewer’s stiff-necked unwillingness to engage with new ways of presenting ‘big’ issues, which also present an opportunity to re-evaluate and adjust what is of merit and what is travesty.

….. the idea that ‘we are the spaces we occupy’ (is) both stimulating and terrifying. It’s worthy of debate (but Reviews Unedited is not a debating chamber). It sent me to three books on my shelf which I’ll just list: Bachelard’s ‘Poetics of Space’; Michael Camille’s ‘Master of Death, The Lifeless Art of Pierre Remiet, Illuminator’; and ‘Man’s Search for Meaning: An Introduction to Logotherapy’, by Viktor Frankl’.

This is Local London
http://www.thisislocallondon.co.uk/display.var.639391.0.0.php

Where to Buy a Camel
http://www.oxfamunwrapped.com/default.aspx?v1=ZdbfjeaagiDG&v2=YcdgjgdchDI 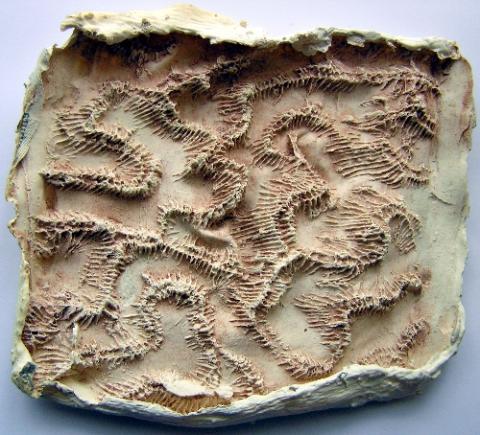