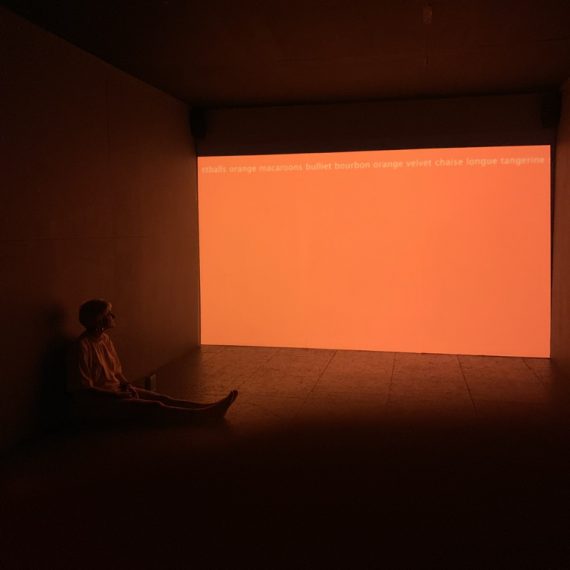 When chatting with Alex Billingham about the initial curatorial process behind this chapter of Vivid Live, their reasoning was simple: “I wanted both Emilys to do a show. I gave them the opportunity to make separate works or collaborate and let them decide…” They chose to collaborate and Alex (and the audience) were delighted.

The performance exhibited a newly formed duo who seemingly got on like a house on fire, presenting their togetherness through shared colour palette, shared proper nouns and shared inside jokes. 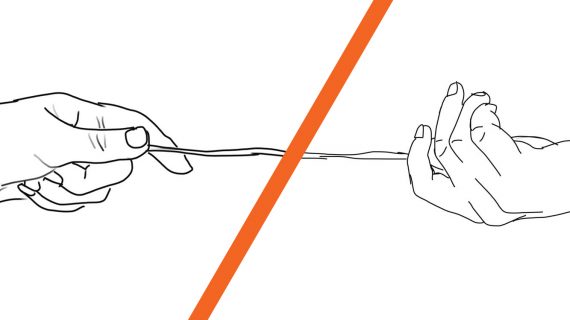 You know that strange feeling you get when you watch children playing together? It’s an inkling a bit like you’re an intruder in a private space, despite the moment happening in a public place. A voyeuristic sensation, where you’re aware that the only reason you can view this encounter at all is because you haven’t been noticed yet.

This is the reflexive response that the artists toyed with throughout their performance. Rather than a playground shutdown in the face of an audience, the artists gave us a defiant continuation, taking the spectators’ gaze and utilising it as one of the many items within the space which facilitated play. This was a further consideration of what ‘togetherness’ means; We are all together in the gallery, but we are together and very aware that the artists have a separate kind of together. Yet, we were held in the overarching together and the performers knew this, indulging in what exactly they could get away with whilst making a captivated audience stay to watch. This Les Enfants Terribles style of antagonism manifested in my personal favourite action of the evening: a painfully lengthy moment in which we gawped at the artists as they both stood on a platform to chew their way through an entire raw carrot.

A mutual appreciation for the colour orange commanded the artists’ ‘arena’, highlighting the performers, their tools and their thought processes. This decision felt an important part of the way that the collaborators initially began to develop their bond; Orange as a shared instinctual choice which assisted in their choice of objects and language to develop a durational choreography. This was more explicitly exhibited in the dark projection spaces of Vivid Projects, with a deliciously immersive orange glow listing probably every orange thing that a pair of Emilys in close proximity could deliriously concoct. This small square space baptised us as onlookers, persuading us to adapt, acknowledge and accept the importance of this colour choice without needing a full explanation.

Despite distinct extensions from Emily/Emily to welcome us into their space, from a provisional list of ways to become orange to the distribution of artist statements printed on orange paper, there was a constant synchronicity to the performers which meant that they ran rings around their audience. As we began to make sense of the internal rules of an action, the duo had already become bored with it and moved on to new ground. This was a charismatic game, summarised by the presence of A Clockwork Orange within the many embedded cultural references of the evening. A charismatic game between ‘droogs’. A game of manipulating contemporary language and boundaries between bodies to create a shared space inhabited by two minds and where all others are just visitors.