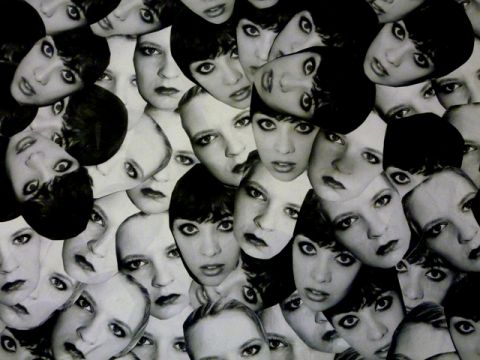 The 2011 London Metropolitan Cass Summer Show, one of the largest showcases of graduates, is on this week until June 19. The exhibition showcases works by 800 graduates from the Sir John Cass Department of Art, Media and Design, from a range of disciplines including animation, fine art, film, design, graphics, jewellery, silversmithing, photography, furniture, textiles, musical instruments and more.

Now, at the reviewing stage, I feel almost compelled to put photography first. I am an amateur photographer myself, and nothing’s better, for me, than finding myself faced with impressive, refined images that show the nature of that between the author’s eyes and mind, hand and heart.

It won’t be difficult to understand, then, why Naa Teki Lebar’s exhibition stood out for me: scattered between three of the five floors dedicated to the degree show, the Ghanaian artist’s pictures portray the peculiarity of daily life, eternally suspended between absurdity and rationality, drama and banality. The concept takes form through ghastly white faces, theatrical expressions, statuesque bodies: an effective choice of human material, which demonstrates that it is not necessary to be actors to stage our life as a moving play.

Two series of street shots deserve a mention as well: Aleksandra Laganowska’s Isolated and Piotr Kwiecien’s Exposed, which both concern – of course in their own, particular way – the concepts of modernity, humanity, and nature. The two graduates’ remarkable technical skills add strength to the images’ evocative power; if good photography is the balance between deep meaning, good timing and a trained hand, Laganowska and Kwiecien surely have what it takes to create the perfect shot.

Photography is my favourite visual art form, and always will be. But London Metropolitan students used such a wide range of means of expression, that it would be a disservice not to mention a few of the non-photographic works.

In particular, Lucy Evetts’s big, colourful, apparently messy paintings. Within the boundaries of the canvas, Evetts develops the kind of complex narratives which one would normally expect to see on a cinema screen, succeeding in her attempt to engage the viewer as much as a film director would. Finally, Eleonora Bourmistrov’s Wasteland – a room-sized representation of a disrupted and bleak industrial landscape, composed by three paintings and an installation which involves 180 black bricks and an old-fashioned tape recorder – is worth seeing, too.

“We’re going to put on a show that would make John Cass proud!”, said Michael Upton, Academic Leader at The Cass. I don’t know where Cass’s graduates will be next year, but I hope to hear their names again and again, and – who knows? – to attend their own, personal exhibitions as well.